Reprinted from Deadline Hollywood by Erik Pedersen on May 24, 2018.

Actors’ Equity members have re-elected Kate Shindle to a second term as president of the union that reps moire than 50,000 professional stage actors and stage managers. She was running unopposed, as were several other officers chosen in the 2018 National Council election.

Shindle, who was Miss America 1998, beat incumbent president Nick Wyman in the 2015 election. There was an unprecedented number of seats up for grabs across all three regions in the 105-year-old group, and all 55 were filled, effective immediately.

RELATED POSTS:  'Time for Single-Payer is Now': Doctors Run Ad About Medicare for All
About Jeffrey Burman 5302 Articles
Jeff Burman served on the Guild’s Board of Directors from 1992 to 2019. He is now retired. He can be reached at jeffrey.s.burman.57@gmail.com. 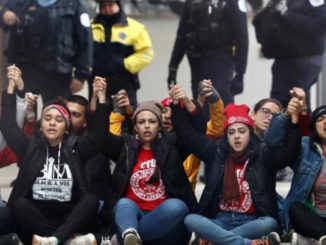 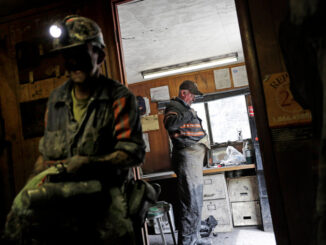 Coal Mining Jobs Trump Would Bring Back No Longer Exist 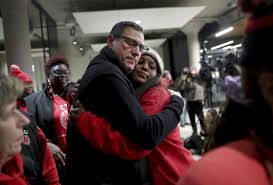