During the span of time between 1965 and 1975, the West Coast Editors Guild, Local 776, saw technological and social changes that mirrored the tumult in the larger culture.

The Guild struggled with the new technological demands of videotape editing and faced an effort by rival union organizations to capture this new jurisdiction. Emblematic of this, the Guild changed its name in January 1973 from the Motion Picture Film Editors to the name it has today: the Motion Picture Editors Guild. The change was an institutional nod to the growing importance of editing that no longer exclusively used film and Moviolas. >>>

The Editors Guild also faced a singularly difficult cultural challenge, as did the larger film industry and the nation as a whole. For more than a dozen years, the entire motion picture industry was forced to reshape itself in the face of the Civil Rights movement and an affirmative action program that required it to hire more minorities.

The Guild entered into a new four-year contract with the Alliance of Motion Picture and Television Producers (AMPTP) in 1965. It gave members a modest increase in scale wages of 23 cents an hour and increased pension contributions by 8.8 cents an hour. Health and Welfare contributions increased by three-quarters of a cent per hour. As a harbinger of things to come, the contract granted members a remedy if they were displaced by technological changes. They were promised retraining at the producers’ expense. Members were also promised “adequate compensation” if members’ own equipment or libraries were “utilized by the producer.” Further, a non-discrimination clause promised “no discrimination due to race, creed, color or national origin.”

In March 1971, editor Howard Smith gave a demonstration of the new CMX editing console to the Guild’s Board.

Two months later, the IA Sound Technicians of Local 695 alleged a jurisdictional dispute with the Editors Guild over videotape- editing. This complaint and others that followed grew out of representation petitions as new companies began to use new videotape- editing systems. A similar conflict with the International Brotherhood of Electrical Workers (IBEW) began at CBS, and other disputes with the National Association of Broadcast Employees and Technicians (NABET) began at roughly the same time and grew out of the same concerns.

Also in May, IA president Richard Walsh considered the dispute between the Editors Guild and IA Sound Technicians and rendered a directive. “The [General Executive] Board directs the International Officers in administering this jurisdiction to preserve, wherever possible, the established jurisdictional lines of our craft unions.”

RELATED POSTS:  What Our Members Do: Rita Sanders

In November 1972, Editors Guild Board member Josef von Stroheim observed that there was a problem getting sound editors into the Motion Picture Academy. The reason was because they were not receiving screen credits. A committee was formed to gather more information and to rectify the problem. Also that year, Local 776’s Business Agent John Lehners ended his service to the Guild after over 30 years.

In March 1973, the Guild began to computerize its office, transitioning its records to computer files and moving its quarterly billing to computers.

In June, a Videotape Agreement was forged by IA president Walsh and the AMPTP. It had a three-year term and provided a five-out-of-seven-days workweek, which could include weekends. Also that month, a reciprocity agreement with the British trade union known as the Association of Cinematograph, Television and Allied Technicians (ACTT) was discussed, but ultimately declined. In July, Jerry Lennon was hired to be the Guild’s new Assistant Business Agent.

In February of 1974, the Guild Board agreed to “segregate” smokers from non-smokers at General Membership Meetings.

By March 1974, jurisdictional disputes remained with IA Local 695, as new technologies were organized by the Editors Guild and the Sound Technicians — in this case “mini-cams.” The IA Executive Board advised both parties that court action or appeals to the National Labor Relations Board might be forthcoming. The two IA locals were given one year to work out their differences. Similarly, in May, sparring with the IBEW re-emerged
over videotape editing of newscasts and documentaries.

In July 1974, the IA Executive Council agreed to a merger proposal between the IA and NABET, even though NABET’s internal culture, especially its interchangeability rules, differed from the IA’s rules.

The IA Convention of 1974 passed Resolution 51, clarifying videotape jurisdiction. Editing was to belong to the Editors Guild.

In March 1975, a meeting was held with Business Agent Lennon and the Directors Guild’s Joe Youngerman and Don Parker to discuss “over-the-shoulder editing” by DGA members.

In 1963, Civil Rights advocates with the NAACP looked at hiring practices in Hollywood and found them lacking. The ratio of minorities working in the film business was well below the ratio of minorities in the general population. In high-profile jobs like acting, the NAACP said roles available for blacks were for “invisible men” and “caricatures.” In June of 1963, the NAACP threatened film and television companies with a nationwide boycott, including demonstrations at studios and theatres, and lawsuits to open up hiring to blacks.

In July, some 11 demands were issued. Number nine on the list, using the language of the time, called for the hiring of “one negro on each crew, over and above the normal size of the crew.” This was designed to minimize the appearance of existing jobs being lost to newly hired black technicians.

The response by many in Hollywood was sympathetic in principle, but resistant in practice. Many felt they were personally being accused of discrimination when they personally had nothing to do with it. Others were displaced by hiring decisions imposed under the guise of affirmative action. Many called this reverse discrimination.

The Guild issued a press release that July that included this response: “While local 776 fully supports the principle of equal opportunity for employment of all qualified job applicants, we cannot subscribe to proportional hiring proposals which are contrary to the California FEPC [Fair Employment Practices Commission] law and would violate existing union agreements.”

In 1969, the EEOC held public hearings, urging the Justice Department to take court action. In December of that year, a minority-hiring plan was proposed, by which one minority worker would be hired for every four new hires at the television networks. The response of the IA’s counsel, Harold Spivak, was to work out an agreement and avoid a consent decree as well as the costs associated with it. Costs for the Editors Guild alone were estimated at upwards of $200,000.

A Settlement Agreement was reached on April 1, 1970. It stated, “Private parties have agreed to take steps to fully effectuate the spirit and intention for affirmative action called for in Title VII of the Civil Rights Act of 1964.” Called the Minority Settlement Agreement, and enforced by the Justice Department, it required that 27 percent of new hires be from minority groups. The industry agreed to a discrimination ban, including equal pay, and stepped up hiring and training of minorities. Records were to be kept for two years. Blacks who were already members of the Guild objected to having to declare themselves as minorities and waive their seniority rights.

In August 1970, layoffs and displacements were reported in violation of “last on, first off ” procedures. IA president Walsh issued a ruling, advising the studios to observe the same minority ratio in layoffs as they used when they were hired. The Editors Guild pledged to investigate each resulting grievance to be sure seniority clauses were being followed.

In October 1972, as part of managing the Minority Settlement Agreement, the Department of Justice asked for a joint Minority Labor Pool from the rosters of nine Hollywood locals, including the Editors Guild. In June 1973, J. Stanley Pottinger, the Assistant Attorney General in the Civil Rights Division of the Justice Department, asked Editors Guild then-Assistant Business Agent Lennon for consent to a merger agreement, stating that
seven of the nine Hollywood locals had already agreed. Pottinger argued that anticipated membership objections to assimilating approximately 75 minority workers would “help eliminate the effects of past practices that have prevented minorities from entering the industry.” In 1974, authority for the management of the case was transferred from the Justice Department to the EEOC.

In June 1975, the Guild’s Board of Directors approved joining the merged Minority Labor Pool, approving it 13 to 2. The stated purpose was to “insure that there will be an equitable distribution of available work to new minority employees.”

A dissenting opinion by Guild Board member Ralph Ives, an MGM music editor, called the agreement a “penalty imposed upon people who have not committed a crime and are offered an opportunity to settle out of court. [The document] requires that we make reparations for a crime we haven’t committed. [Further,] the EEOC wants to put minorities in jobs immediately and they don’t care what happens to the rest of us. They are not concerned we suffer from chronic unemployment… It is not discrimination on our part to uphold the seniority system to protect the livelihood of our members. Our doors are open to minorities and once they become members and themselves gain seniority, they too will need the same protection… The merger agreement would prove a gift to the producers and would give them carte blanche to undermine the seniority system.” Ives added another curious observation: “The man who got the IA to sign the Minority Settlement Agreement, Mr. William O’Connor, a former deputy assistant Attorney General in the Civil Rights Division of the US Department of Justice, is now vice president of the AMPTP. Perhaps this is his payoff for the good work he did for the producers.”

In August 1975, with television work booming and contract talks stalling, IA president Walter Diehl authorized a strike vote to be taken. The membership of the IA overwhelmingly voted to approve a strike. The following month, Universal Studios resigned from the AMPTP and expressed its willingness to resume negotiations with the IA locals. Three days later, Universal was joined by Paramount Pictures in proposing a memorandum of agreement for a 42-month contract. It offered a 15 percent raise at its onset, a 12 percent increase in each of the two succeeding years, and a six percent raise in its last year.

A ratification vote was taken at the Hollywood Palladium in October 1975. The motion to approve the agreement was defeated by a vote of 949 to 241. 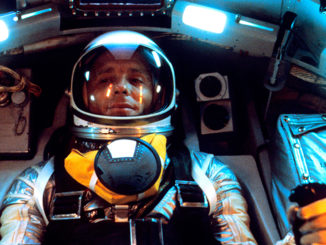 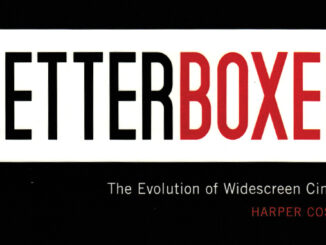 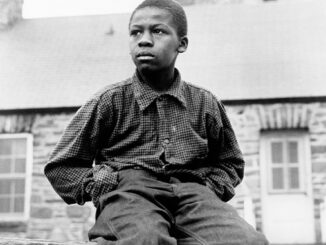