Reprinted from Deadline Hollywood by Jeremy Gerard on December 5, 2017.

Here is the response to the Broadway League’s lawsuit against casting directors and their union from Tom O’Donnell, President of Teamsters Local 817, which also represents casting directors in the film and television industry.

“We’ve asked for voluntary union recognition of casting directors, but the Broadway League said no. When casting directors ask for health and pension benefits, the League threatens and sues them. To be clear, the casting directors are not attempting to ‘fix prices’, neither in wages nor benefit contributions. They simply want the same workplace fairness and healthcare afforded to everyone else who works on Broadway. Broadway made over a billion dollars last year. Rather than engage in a dialogue with forty working men and women who have been instrumental to their success, the League spouts fake facts, bullies, and files lawsuits. Sound familiar?” …

Reprinted from The New York Times by Michael Paulson on December 5, 2017.

Escalating an acrimonious battle on Broadway, an association of commercial producers on Tuesday filed a federal lawsuit against the industry’s most powerful casting directors, accusing them of violating antitrust laws.

The lawsuit comes as casting directors in theater have been attempting to organize a labor union, and have faced strong opposition from producers.

The Broadway League, a trade association representing producers and theater owners, filed the lawsuit in the United States District Court for the Southern District of New York. It alleges that, in their bid to unionize, casting offices have formed an illegal cartel and have raised prices in violation of laws designed to preserve competition. …

RELATED POSTS:  AP Explains: How NAFTA 2.0 Will Shake Up Business as Usual 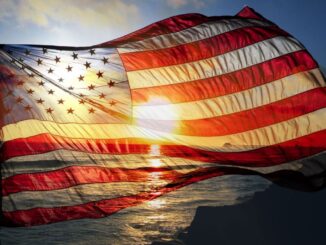 WHY IT MATTERS: Issues at Stake in Election 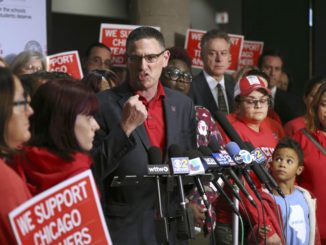 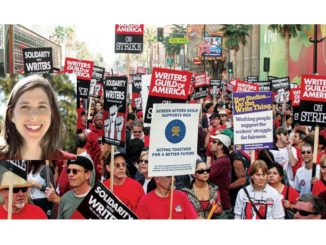 The Streaming Revolution is Making Guild Negotiations Even More Complicated