Reprinted from The Hill by Timothy Cama on September 8, 2016.

Thousands of coal miners and their allies rallied outside the Capitol on Thursday in support of a bill to rescue their union’s troubled pension fund.

United Mine Workers of America (UMWA) President Cecil Roberts spoke passionately and at length to members of his union, their families and labor-movement allies.

He was joined by a dozen lawmakers supporting the bill, known as the Miners Protection Act, which would transfer money from the Abandoned Mine Lands fund into the UMWA’s multi-employer pension plan. The plan is due to start going insolvent later this year, threatening pension checks and the healthcare benefits that come from the same mine lands fund…

RELATED POSTS:  Harley-Davidson Workers Say Plant Closure After Tax Cut is Like a Bad Dream
About Jeffrey Burman 5306 Articles
Jeff Burman served on the Guild’s Board of Directors from 1992 to 2019. He is now retired. He can be reached at jeffrey.s.burman.57@gmail.com. 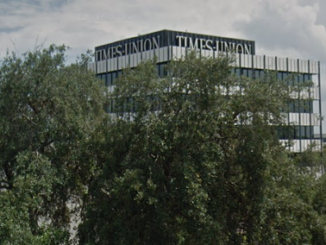 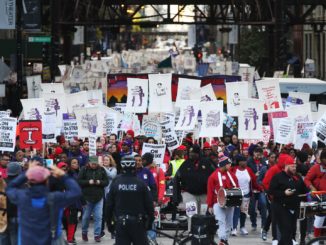