On Saturday January 12, the Editors Guild held the first monthly meeting of 2019 of its Board of Directors at the Los Angeles offices. New York members joined the meeting by video conference.

At the meeting, Guild President Alan Heim, ACE, asked for a moment of silence to honor past Vice President and Board member Gregg Rudloff for his many years of service (1998-2016) to the Guild. He was an IA member since 1978. Rudloff, who passed away January 6, had represented re-recording mixers since the transfer of post-production sound into Local 700. He was widely considered to be an even-handed voice of reason on the Board. Sadness and surprise were clearly palpable.

President Heim led returning and new members of the Board in their oaths of office.

Directors who are not returning to the Board are:
Harry Oxnard, At Large
Christy Richmond, Assistant Editor
Kevin Ross ACE, Picture Editor

RELATED POSTS:  Republicans Push Hard on GOP Tax Plan, but Voters Just Aren't That Into It

The Guild’s installation dinner was held at the Loews Santa Monica hotel that evening. Current Board members were present, as were the outgoing members, who were thanked by Heim and presented with plaques for their service. Guild staffers were also in attendance.

Among the highlights of the dinner, two staff members were acknowledged: Special Events Manager Adriana Iglesias-Dietl and Executive Administrator Lisa Dosch were both warmly recognized for their 30 years of service to the Guild (see “30 Years On Sunset”, Q3 2018). Those in attendance heartily agreed and thanked them for their continuing service to the Guild and its membership.

Also present at the dinner and acknowledged by Repola were Guild members who volunteered in the Get-Out-the-Vote effort during the ratification process for the IATSE contract last fall. They included Erik C. Andersen, Ben Boodman, Mary Chin, Maria Friesen and Debra Weinstein, as well as Justine Turner, who was not present.

RELATED POSTS:  UNION MADE: A Career Plan? Who, Me?
About Jeffrey Burman 5304 Articles
Jeff Burman served on the Guild’s Board of Directors from 1992 to 2019. He is now retired. He can be reached at jeffrey.s.burman.57@gmail.com. 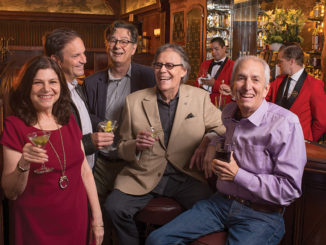 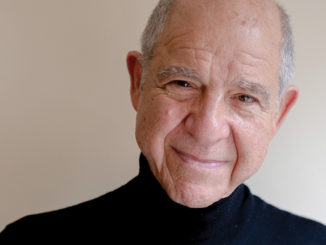 In Reality, Guild Looks to More Contracts, Agreements in 2006