Reprinted from Common Dreams by Deirdre Fulton on March 12, 2017.

Republican congressmen Darrell Issa and Duncan Hunter, both of California, faced large, angry crowds at town hall meetings on Saturday, offering a preview of what awaits GOP lawmakers if they continue their efforts to ram through a widely unpopular healthcare reform law while ducking attempts to hold President Donald Trump accountable for his conflicts of interest and possible ties to Russia.

According to the San Diego Union Tribune: “About 1,000 people poured into an Oceanside community center for two back-to-back forums with Issa. About that many showed up in Ramona for Hunter’s single session, but only about 400 could fit in the concert hall where it was held.”

“It was the first time the two Republican congressmen held forums with their constituents since President Donald Trump’s inauguration. The messages from the audience and those outside mainly came in the form jeers, hollers and protest signs with a clear theme: they want the congressmen to oppose Trump’s agenda. Hunter appeared to have more supporters at his event than Issa did at his, but they were both heavily outnumbered. …

RELATED POSTS:  UAW Strike Estimated to Hit 100,000 Other Workers Laid Off or Losing Pay
About Jeffrey Burman 5302 Articles
Jeff Burman served on the Guild’s Board of Directors from 1992 to 2019. He is now retired. He can be reached at jeffrey.s.burman.57@gmail.com. 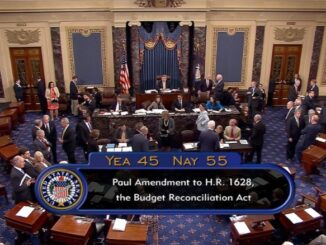 Senate Rejects Measure to Repeal Much of the Affordable Care Act 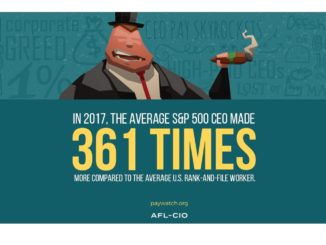