Reprinted from an IATSE press release on September 1, 2017. It is unattributed.

In a win for all broadcast workers, the IATSE-represented employees at the Comcast-NBC Universal cable network, Golf Channel, voted to reconfirm their commitment to speaking up together in union, by rejecting a bid to decertify the IATSE.

The election, administered by the National Labor Relations Board, involved approximately 390 Golf Channel broadcast workers. Nearly 70% of the valid votes were cast in favor of preserving the IATSE as the workers’ exclusive bargaining representative. The IATSE represents workers in various entertainment crafts, including camera operators, audio mixers, video controllers, and other technical broadcast crafts.

“Many of these people have worked decades without accumulating any retirement or healthcare benefits,” said IATSE Broadcast Department Director Sandra England. “This is another step in securing the future for their families, and the future of broadcast.”

Golf Channel workers originally voted to be represented by the IATSE in 2013, with a goal of standing together for healthcare benefits, competitive wages, retirement benefits, and access to safety and skills training. In 2015, a Golf Channel employee filed a petition with the NLRB to initiate a decertification election, which the voters ultimately defeated this past Tuesday, August 29. …

RELATED POSTS:  Kamala Harris Gets United Farm Workers Endorsement Amidst Polling Plateau
About Jeffrey Burman 5209 Articles
Jeff Burman served on the Guild’s Board of Directors from 1992 to 2019. He is now retired. He can be reached at jeffrey.s.burman.57@gmail.com. 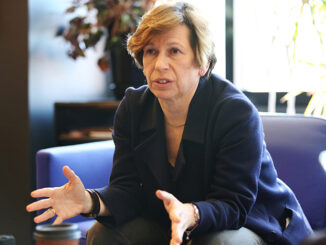 Teachers Union on DeVos Confirmation: ‘A Sad Day for Children’ 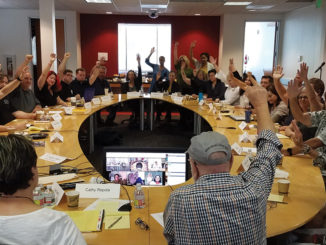