Reprinted from The Los Angeles Times by Wendy Lee on November 16, 2019.

United Talent Agency assembled a “package” that included McKinnon and the rights to develop Wondery’s podcast into a TV show, and sold the series last month to a studio run by NBCUniversal. The series, called Over My Dead Body: Joe Exotic, did not have a writer assigned.

Seven months after thousands of Hollywood writers “fired” their agents to protest longstanding industry practices, talent agencies are continuing to package and sell shows at a brisk pace — often without writers attached. This marks a significant departure from recent years in which the vast majority of packaged TV shows included members of the Writers Guild of America.

As Hollywood’s biggest labor dispute in a decade continues with no end in sight, some talent agencies have found a workaround: They are not selecting writers before they sell new TV projects to studios. Instead, they are building shows around popular books, podcasts, English-language adaptations of foreign-language shows that are attractive to buyers because they come with already proven ideas. …

RELATED POSTS:  Oregon Passes Nation's Strongest Paid Family Leave Law
About Jeffrey Burman 5238 Articles
Jeff Burman served on the Guild’s Board of Directors from 1992 to 2019. He is now retired. He can be reached at jeffrey.s.burman.57@gmail.com. 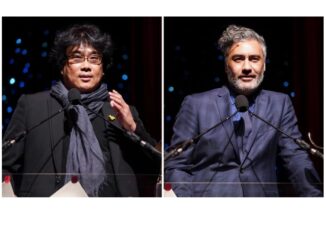