Reprinted from Deadline Hollywood by Tom Grater on February 5, 2020.

Kirk Douglas, an icon of Hollywood’s Golden Age and star of such films as Spartacus, The Bad and the Beautiful and Champion has died. He was 103.

“It is with tremendous sadness that my brothers and I announce that Kirk Douglas left us today at the age of 103,” his son, Michael Douglas, said in a statement on Instagram. “To the world, he was a legend, an actor from the golden age of movies who lived well into his golden years, a humanitarian whose commitment to justice and the causes he believed in set a standard for all of us to aspire to.”

A three-time Academy Award nominee and recipient of an Oscar for Lifetime Achievement in 1996, Douglas will be remembered for a prolific career in which he appeared in close to 100 movies and delivered numerous defining performances. …

The actor’s work on Spartacus also was notable because of his contribution to breaking the “Hollywood blacklist,” which saw many professionals who were considered to be communist sympathizers denied work throughout the 1940s and ’50s. In his 2012 book about the making of the movie, Douglas recalled how he was the driving force behind ensuring that Dalton Trumbo — one of the blacklisted figures who refused to answer questions about his involvement with the Communist Party — was given an official on-screen credit for writing the movie.  …

Reprinted from The New York Times by The Associated Press on February 5, 2020.

Kirk Douglas, the intense, muscular actor with the dimpled chin who starred in Spartacus, Lust for Life and dozens of other films, helped fatally weaken the blacklist against suspected Communists and reigned for decades as a Hollywood maverick and patriarch, died Wednesday, his family said. He was 103.

“It is with tremendous sadness that my brothers and I announce that Kirk Douglas left us today at the age of 103,” his son Michael said in a statement on his Instagram account. “To the world, he was a legend, an actor from the golden age of movies who lived well into his golden years, a humanitarian whose commitment to justice and the causes he believed in set a standard for all of us to aspire to.”

How Kirk Douglas Broke the Blacklist with Savvy and Star Power

Reprinted from The Hollywood Reporter by THR’s staff on February 11, 2020.

If you asked Kirk Douglas who broke the Blacklist, his answer was always an emphatic Kirk Douglas (he even subtitled one of his memoirs “Breaking the Blacklist”). And he was at least half right. His decision, in 1960, to include Dalton Trumbo’s name on the credits of Spartacus — bucking the ban that kept accused communists from working in Hollywood (at least under their

real names) through the 1950s — definitely put a big crack in it. “It was a terrible period, the McCarthy era,” Douglas told THR‘s Scott Feinberg in a 2012 interview, “one of the most embarrassing things in our history.”

Technically, director Otto Preminger was first, announcing months before Spartacus‘ release that he would be crediting Trumbo as the writer of Exodus when it opened two months after Spartacus. The debate over who deserves more credit has been raging ever since, but Douglas has an edge: He took a bigger risk. “There were blacklisted directors working in Europe,” says John McNamara, who interviewed Douglas while researching his screenplay for the 2015 film Trumbo. “But when a movie star got blacklisted, that had a worldwide effect. There were few places for someone like Douglas to hide if things had gone badly.” Shrewdly, Douglas did hedge his bet: He hired Trumbo under a pseudonym (Sam Jackson) and waited until Universal had spent $8 million before springing the news on execs. “The studio would have closed the picture, but they got too far down the road,” Douglas said to THR. “The picture cost $12 million. At the time, a lot of money.” 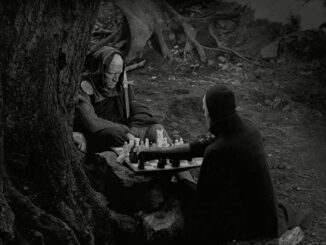 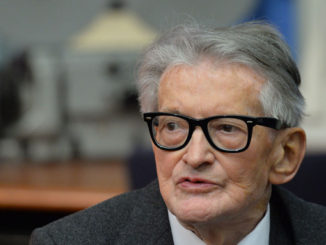