Reprinted from The New York Times by Naomi Klein on February 7, 2017.

“For progressives, Donald Trump’s presidency so far has been a little like standing in front of one of those tennis ball machines — and getting hit in the face over and over again,” writes Naomi Klein in The New York Times. “Yet looking back, the blow that still has me most off-kilter didn’t come from the new president himself. It came two weeks ago, when several smiling union leaders strolled out of the White House and up to a bank of waiting cameras and declared their firm allegiance to President Trump.

“Sean McGarvey, president of North America’s Building Trades Unions, reported that Trump had taken the delegation on a tour of the Oval Office and displayed a level of respect that was ‘nothing short of incredible.’ McGarvey pledged to work hand in glove with the new administration on energy, trade and infrastructure, while one of the other union leaders described the Inaugural Address as ‘a great moment for working men and women.’ When Trump issued executive orders to smooth the way for construction of the Keystone XL and Dakota Access pipelines, the same leaders rejoiced.

“A new administration can always count on many organizations to issue pro forma statements expressing a nonpartisan willingness to work with the new leader. Let’s be clear: This was not that. This was a new alliance. As Terry O’Sullivan, head of Laborers’ International Union of North America, put it on MSNBC: ‘The president’s a builder. We’re builders.’

“But the edifice that Trump is building is rigged to collapse on the very people these unions are supposed to defend. His cuts to regulations will make them less safe on the job, and he may well wage war against the National Labor Relations Board, an agency that recently ruled that Trump violated the rights of the workers in his Las Vegas hotel to unionize and bargain collectively. His proposed cuts to corporate taxes will eviscerate the public services on which they depend, not to mention public sector union jobs. He supports ‘right to work’ legislation that poses an existential threat to unions. His pick for labor secretary, the fast-food magnate Andrew Puzder, has a long record of failing to pay his workers properly, and he has praised the idea of replacing humans with machines. … 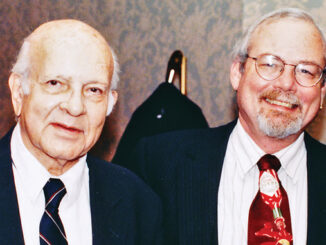 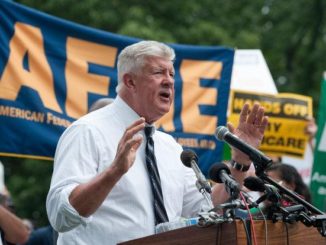