Reprinted from The Hollywood Reporter on December 2, 2019. It is unattributed.

The Gotham Independent Film Awards were handed out Monday night at Cipriani Wall Street in New York, where Noah Baumbach’s Marriage Story won all four awards it was nominated for, including the top prize of best feature.

The Scarlett Johansson and Adam Driver starrer, which follows a divorcing couple negotiating custody of their son, also won best screenplay for Baumbach and best actor for Driver. Marriage Story took home the audience award — voted on by IFP members — as well.

The Farewell, Uncut Gems and The Last Black Man in San Francisco went into the evening with three nominations each, but The Farewell was the only film of the group to win an award — best actress honors for leading lady Awkwafina. …

RELATED POSTS:  What if There Was an Oscar for Best Music Editing?
About Jeffrey Burman 5240 Articles
Jeff Burman served on the Guild’s Board of Directors from 1992 to 2019. He is now retired. He can be reached at jeffrey.s.burman.57@gmail.com. 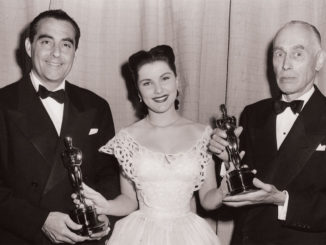 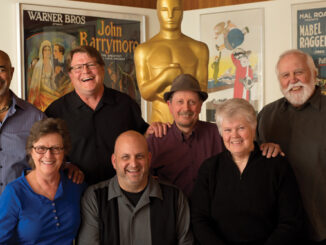 Film Lab Workers Get Their Oscar: 2014