Reprinted from The San Francisco Chronicle by Thomas Kochan on August 30, 2018.

“Only 10.7 percent of American workers belong to a union today, approximately half as many as in 1983,” writes Thomas Kochan in The San Francisco Chronicle. “That’s a level not seen since the 1930s, just before passage of the labor law that was supposed to protect workers’ right to organize.

“Yet American workers have not given up on unions. When we conducted a nationally representative survey of the workforce with the National Opinion Research Corporation, we found interest in joining unions to be at a four-decade high.

“The results obtained from nearly 4,000 respondents show that 48 percent – nearly half of nonunionized workers – would join a union if given the opportunity to do so. …

RELATED POSTS:  Editors Guild Board Approves 50% Cut in Member Dues Amid Covid-19 Pandemic
About Jeffrey Burman 5296 Articles
Jeff Burman served on the Guild’s Board of Directors from 1992 to 2019. He is now retired. He can be reached at jeffrey.s.burman.57@gmail.com. 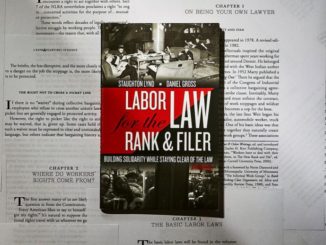 The ‘Radical Guide’ Adopted by Google Workers and Uber Drivers 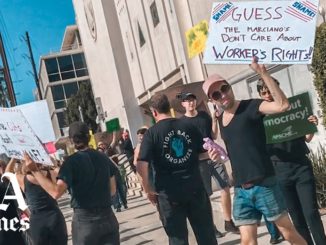 ‘Let Us In!’ Marciano Foundation Staffers Show Up for Work at Locked Museum