Reprinted from The Economic Policy Institute by Heidi Shierholz on January 22, 2020.

New data on unionization from the Bureau of Labor Statistics show that in 2019, 16.4 million workers in the US were represented by a union. There was very little change in this figure from 2018 (+3,000). However, because employment of wage and salary workers grew at a faster rate than the number of workers represented by a union over this period (1.2% vs. 0.02%), the share of workers represented by a union ticked down between 2018 and 2019, from 11.7% to 11.6%. Table 1 provides top-line numbers for union representation and union membership both overall and separately for the private sector and public sector. What follows is a discussion based on the numbers in the table and on additional numbers that can be found in the BLS data release.

RELATED POSTS:  90 Dems, One Republican Sign onto a Bill Giving Back Pay to Federal Workers

Reprinted from Technoea by Gary Stauffer on January 25, 2020.

The number of Californians represented by the unions rose by 139,000 last year, thanks to successful organizing campaigns spanning professions as diverse as nurses, electricians, animators, scooter mechanics and university researchers.

The 2.72 million workers represented in the Golden State accounted for 16.5% of the workforce, down from 15.8% in 2018, according to the US Department of Labor Statistics on Wednesday.

The increase is due to years of declines in the number and proportion of employees reflecting national trends. Two decades earlier, 18.3% of California workers were unionized. …

The percentage of salaried workers in labor unions fell 0.2 points in 2019 to a record low of 10.3 percent, almost half the 20.3 percent rate in 1983 and a 2-point drop from a decade earlier, according to data the Bureau of Labor Statistics (BLS) released Wednesday.

Membership in unions, a key base of support for Democrats, remained significantly higher in the public sector, where local unions for police, teachers and firefighters helped push rates up to 33.6 percent, compared with just 6.2 percent in the private sector.

About Jeffrey Burman 5243 Articles
Jeff Burman served on the Guild’s Board of Directors from 1992 to 2019. He is now retired. He can be reached at jeffrey.s.burman.57@gmail.com. 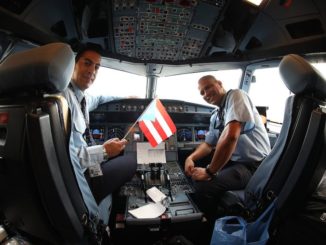 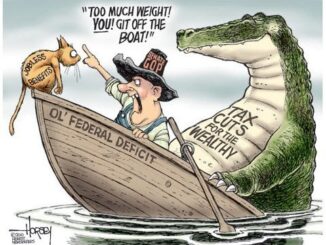 Bloomberg: How Much Trump’s Tax Cuts are Trickling Down 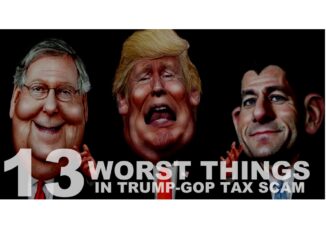