Reprinted from Deadline Hollywood by David Robb on February 27, 2020.

Roughly 200 SAG-AFTRA members and staff rallied Thursday outside the Los Angeles offices of the Spanish Broadcasting System – the union’s latest gambit in its three-year-long campaign to secure a first-ever contract at the network’s Spanish-language radio stations La Raza and Mega.

“We’re here fighting for SBS workers who have been denied a right for a fair contract,” SAG-AFTRA president Gabrielle Carteris said at the event. “We have been negotiating with them for 3 1/2 years, and every time, they have come to the bargaining table in bad faith. It’s time for SBS to step up and negotiate.”

David White, SAG-AFTRA’s national executive director, accused SBS of having “violated the law again and again,” telling the cheering crowd, “We are here to tell SBS, ‘No longer!’” …

RELATED POSTS:  She’s Got the Music in Her:
Mitsuko Alexandra Yabe
About Jeffrey Burman 5306 Articles
Jeff Burman served on the Guild’s Board of Directors from 1992 to 2019. He is now retired. He can be reached at jeffrey.s.burman.57@gmail.com.

GUILD TO ‘THE APPRENTICE’: YOU’RE ORGANIZED! 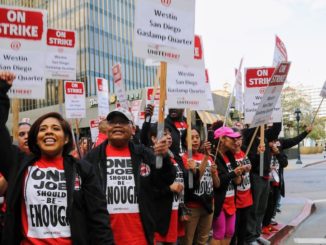 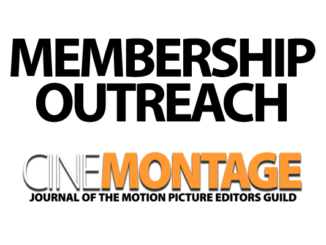 We Are Our Own First Line of Defense