Reprinted from The Hollywood Reporter by Lacey Rose on January 17, 2017.

Rallying cries aside, it’s not only misogyny that is responsible for Hollywood’s salary disparity — Catt Sadler’s recent accusation against E! is one of the most recent examples — it’s greed, but talent reps are “abso-f—ing-lutely” using the new optics to female clients’ advantage.

On January 7, Debra Messing stood before E! cameras and slammed the network’s executives for, as she put it, “[not] paying their female co-hosts the same as male co-hosts.” The swipe followed Catt Sadler’s December departure, which, the former host wrote in a now-viral blog post, came after E! wouldn’t pay her what Jason Kennedy was making. “So,” Messing continued, on-message in her black gown, “we stand with [Catt].”

And just like that, Sadler’s situation got swept up in the #MeToo movement, with prominent actresses from Eva Longoria to Sarah Jessica Parker actively piling on. A deluge of news reports followed, with headlines blasting E! as the latest perpetrator of overt gender disparity — a position corporate sibling NBC found itself in days before when stories surfaced that Hoda Kotb would make $7 million co-anchoring Today, whereas outgoing host Matt Lauer pulled in $25 million. Days later, a massive gap between Mark Wahlberg’s and Michelle Williams’ All the Money in the World reshoot earnings caused an outcry. Often lost in such swirls of publicity, however, are the nuance and complexity of Hollywood dealmaking; and, per a half-dozen dealmakers surveyed on the subject, the fact that widespread parity may be harder to achieve than Messing and her committed cohorts suggest. … 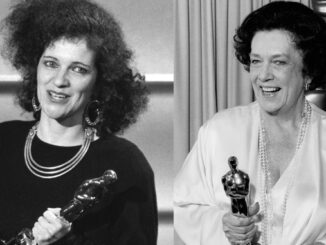 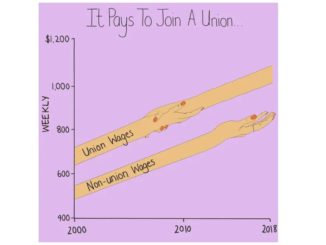 Chalabi: How Much Does Union Membership Benefit America’s Workers? 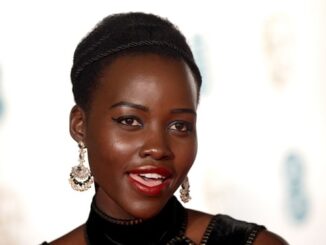