by Aaron I. Butler, ACE

Igrew up in a little town in the middle of California called Atascadero, which loosely translates to “mud hole.” My hippie parents and I lived on a small ranch where my chores were feeding the sheep, pigs and chickens we raised. This was not a job I enjoyed. But what I did love was spending hours weaving tales of adventure in my mind — my only companions the sheep and my trusty dog Boonie.

For holidays, we always visited my grandparents, who lived in a beautiful mansion in glamorous Los Angeles. Spending time there made it clear that feeding sheep would never be enough for me. So at a young age, I decided I would be a lawyer. That way I could live the good life of my relatives.

Fast-forward to high school. One weekend, I was watching music videos on MTV and suddenly thought, “I could do better than that!” My dad loved filming everything we did as a family, so I asked to borrow his video camera. There was no consumer editing software in the early ’90s, so I had to do all the editing in-camera. It was challenging, but I fell in love with the process of capturing and ordering images. Of course, I still planned on becoming a lawyer, because it was the practical thing to do.

I went to UC Berkeley for my pre-law studies but spent all my spare time making videos, which became quite popular on campus. During my senior year, my roommate Scott Bonds said, “You obviously love making videos; why don’t you go to film school?” It had never once occurred to me that I could earn a living making movies. So, I decided to try and get some “real” film experience my senior year.

I applied to 20 different production companies in the Bay Area and didn’t hear back from a single one! But there was one film studio right in Berkeley, the Saul Zaentz Film Center, and by luck, the secretary was out and one of the producers answered the phone. We seemed to hit it off and, a few days later, I got an interview with Bill Jersey, two-time Oscar-nominated documentary director. I showed him a few of my videos and he liked my visual style. He asked if I would like to help on a new short documentary he was making; I said, “Yes!”

I went to UC Berkeley for my pre-law studies but spent all my spare time making videos, which became quite popular on campus. During my senior year, my roommate said, “You obviously love making videos; why don’t you go to film school?”

The film was about a man who always dreamed of flying on the trapeze but had never pursued his dream until his 60s, when he decided to go to circus school. We would document his journey, and I would edit it. I didn’t tell him I’d never seen an Avid before! I came in on the weekends and pored over the massive Media Composer manual that was thicker than a phone book.

Finally, I had put together the first cut and it was time to screen it with Jersey and his producer. I was extremely nervous — did I have what it took to be a professional editor, or was it only supposed to be a hobby for me? I hit play and sat back as they watched my first full cut of Learning to Fly(1999). When the movie finished, there was dead silence in the room. Jersey stood up, walked over to me and gave me a huge hug; he loved it. The film ended up winning first place at both the New York Festivals and the US International Film & Video Festival.

Within a year, Jersey’s lead editor moved to the East Coast and I took his place. I graduated from Berkeley and now had a full-time job in the film industry. Jersey became an incredible mentor to me. He taught me how to tell a story, shoot, direct and edit. Needless to say, I never went to law — or film — school.

After four years, I moved to Los Angeles — the magical land from my childhood. I climbed the film industry ladder, starting on a reality show, then returning to documentaries. My next big break came with a documentary feature that I produced and edited called American Winter(2015), about the fall of the middle class in America. The film was acquired by HBO and garnered me Emmy and ACE Eddie Award nominations.

This was the moment in my career when things shifted. I had been eligible to join the union and now was offered my first union feature, I am Michael. Since then, I have cut three more union features and I’m so grateful for all the benefits that being in the Editors Guild provides.

There are many paths to ending up in film and TV, and each person’s career begins in a unique way. I’m excited to celebrate my 20th anniversary of working in the industry this year, and I can’t wait to see what the next 20 years bring. 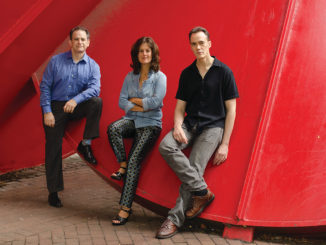 The Spies Next Door: Editors Track the KGB in Suburbia for ‘The Americans’ 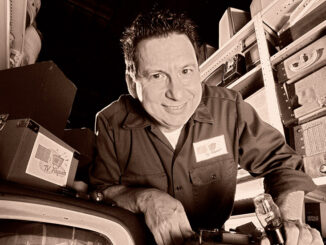 Fixing Television, One Show at a Time 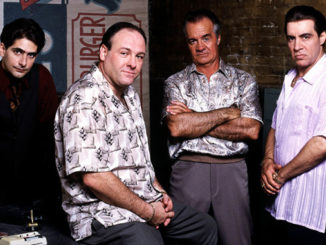