When we think of agents in the entertainment industry, their role as representation for the talent above the line stands out in our minds. But, during the last week of June, the Editors Guild Diversity Committee’s African-American Steering Committee hosted “The Art of Negotiation,” an eye-opening panel to show how agents serve below-the-line talent as well.

Well over 100 Guild members crowded into the Dede Allen Seminar Room at the Guild offices in Hollywood for a light dinner and an exciting discussion with two agents and a lawyer about how representation can enhance the careers of post personnel.

Steering committee member James Wilcox told CineMontage, “We’re trying to share this information with our members so they have access to business areas of our industry that they have traditionally not had exposure to.” C0-chairs Leander Sales and Shannon Baker Davis welcomed the audience, with Davis noting, “This is not an event for complaints or questions about contracts. It’s an event in which you’ll get a better understanding of what the agent does as an advocate for our field.”

Sales then gave the stage to committee member and discussion moderator Terilyn A. Shropshire, ACE, who introduced the panelists:
Ivana Savic, principal partner of GSK Talent, an agency specializing in below-the-line personnel from the United States and abroad;
Craig Mizrahi of Innovative Artists, an agency covering nine production and post-production categories; and
Glenn Litwak, Esq., a lawyer with extensive experience with producers, distributors, talent and managers in film, TV, music and new media.

By a show of hands at the moderator’s request, about a quarter of the audience indicated that they already had agents and about half said they were considering getting representation. Then, with carefully framed questions, Shropshire led everyone through an intensive course on how that business works, starting off by asking the panelists how they got into their line of work.

The Serbian-born, European-educated Savic came to the US and, after learning English, soon found work with a film festival that needed someone multi-lingual to deal with foreign filmmakers and press in a high-pressure environment. “They told me, ‘You’re very good at this,’” she recalled.

Mizrahi (who is Shropshire’s agent) got a job as the “below-the-line guy” at an agency and then kept being drawn back into it. He said, “I loved working with editors, DPs and production and post personnel.”

Starting out as a trial lawyer, attorney Litwak moved into entertainment law as a litigator, which naturally led him into entertainment contract negotiation. Asked to define the difference between lawyers, agents and managers, he replied, “An agent has to have a license; managers don’t need licenses and are not restricted by law to the 10 percent; and lawyers go to law school and become lawyers.”

An editor should look for an agent, Savic said, “when you have something on your resume that you can show and we can sell… Younger people who can show they can think outside the box don’t need a long resume.”

Remarking on how the steep rise in demand for media content provides opportunities for young editors who can utilize their relationships, Mizrahi observed, “If you haven’t got editing credits, but great assistant editing credits, they’re looking for that next generation.” Agents search for below-the-line talent at festivals as well. “Specifically, Sundance,” Mizrahi added, “The agent will find you there. That’s our job. If we loved a film, we’ll reach out.”

“But if the agent hasn’t found us yet,” the moderator queried, “how do we reach out?” Savic suggested a resume with titles of shows and names of producers, directors and supervisors so the agent knows who to ask about you. She and Mizrahi encouraged people to put together a website with whole scenes to show their work. Savic warned, “Don’t make it look like you know how to edit a trailer.”

To contact an agent, Mizrahi suggested, “If someone writes a nice note, I’m going to read it. Say who you’ve worked with that I’m going to know; say you’re inspired by the work of so-and-so — we’ll know their work.”

For what to seek in an agent, both agents emphasized personal rapport. “The bottom line is that you feel comfortable being open with them,” Savic said. “Is this someone I can connect with?” Mizrahi added: “This person is going to have to speak about you intelligently. We get to know you intimately so we can better pitch you.”

He also advised finding out how the agency works internally, asking, “Are you being represented by one person or a whole team?”

A clear sign to avoid an agent is when you are promised everything. According to Mizrahi, “An agent is only one piece of all the things you need in your work.” Savic added, “Once we get you into the room for an interview, it’s up to you.”

Similarly, there are things that agents don’t like to see in their clients — like calling them every day or exhibiting passive-aggressive attitudes. Applying that to his own work, Litwak said, “As a lawyer, sometimes I get asked for recommendations for agents; that’s not what I do.”

The key to being a client is to communicate well. “Feed information to us so we can help you more,” Mizrahi explained. “When the agent loses his passion, that’s the time to re-evaluate the relationship.”

Sometimes, though, things don’t work out for the client on the job. Savic recalled a producer being honest with her about why he dropped her client — he couldn’t speak with the editor about the problem. She noted, “Think twice about how you tell a director or a producer something. Some editors are successful because they are diplomats.”

Dealing with agents’ methods of advocating for clients, Shropshire asked how they decide to submit an editor for a specific project. Mizrahi immediately answered, “The idea is to match the creative with the creative both in terms of personality and project.” Savic agreed: “You have to think about relationships with producers and directors; you can’t give them 45 choices and see what sticks on the wall. People are getting more open about what they want specifically — young, with music experience, or how much money they’ll ask for.” Mizrahi also pointed out that now producers will be more direct in terms of race and gender.

To prepare for interviews, the agents recommended that their clients do their homework. Mizrahi advised, “Know the people you’re meeting with; everyone’s available online to look up.” Litwak added, “Find someone who knows the person you want to work with.”

During the interview, Mizrahi recommended, “Be confident and prepared, but not overzealous. Wait a couple of days to check in afterwards; you know it’s a process.” Savic noted, “I try to push the references and phone numbers. Make it easy for the producers to call them up.”

Mizrahi also brought attention to the recent passage of the Fair Pay Act taking pressure off clients in the interview process. As of October 1 in New York, and January 1 in California, salary histories can no longer be asked for in considering someone for a job. “But it is all right to ask what salary your client is looking for, or to say what is in the budget for editor salaries,” he said.

Once a job offer is made, Savic explained, “editors are the easiest to work with, but their deals are not necessarily always easiest to make, as opposed to designers or DPs.” Still, according to Mizrahi, “TV is more difficult than features because it has a range of salaries.” The main difficulty with features is when the line producer is making the budget, he noted, adding, “Sometimes films are budgeted in a way that takes for granted the length of time the editor is on compared to a DP or designer.”

Responding to Shropshire’s question about when to walk away from a negotiation, Litwak said, “You have to know the market and what is reasonable to ask for.” Mizrahi held that when the director/editor relationship is crucial, it gives his client leverage. Savic added, “Also consider where six months of your life on this show will take you in 10 years.”

When clients are actually working in post, agents expect them to call if they feel their position is not stable on the job. Regarding editing as the most delicate political situation that he’s involved with, Mizrahi said, “You get a great amount of protection from the Guild, but talk with your agent about how to deal with specific situations.”

Savic noted, “It could be helpful to bounce your thoughts off someone else…and keep in touch with producers, directors, APs, etc., when the job is finished. It’s important on whatever job you do to stay on good terms with everyone. Keep them all on your reference list.”

While many editors are especially sensitive about having good relationships with directors, Mizrahi warned, “The references future employers are going to ask for are from the producers.”

The discussion opened up to audience questions and the agents were asked whether they had theatrical or TV editors on their rosters. For both panelists, it was a mix of the two. Savic offered, “I’m always looking for what I don’t have. Right now, I’m looking for comedy.” Mizrahi said, “We had 20 editors on our roster five years ago and then Netflix started producing exponentially. Now we represent more, to fill the void.”

As for things other than money to negotiate for in contracts, Savic suggested credits in print ads and “a high quality copy of the show or some scenes for your website.” Mizrahi asks for a guaranteed number of weeks on the job and for clients to stay on the show through the mix. “It used to be only up to lock,” he said.

Committee co-chair Davis asked Litwak, “Why would a client want to stay with a lawyer rather than get an agent?” Pointing out their different functions, the lawyer replied, “The agent will work out the points and the lawyer goes over it afterwards.”

In response to a question about inter-agency politics, Mizrahi explained, “A production agency reps production and post people, and a literary agency reps directors and writers. Showrunners have ideas about who they want, and their choices are not really affected by the agencies. It’s the big agencies that have the packaging abilities.”

Finally, someone asked about an editor who wants to move on to something else, like directing. Stating his desire to help their clients with such a transition, Mizrahi said, “We want them to flourish as a director. It’s not about the money, but helping you to succeed in your career.”

In closing, Shropshire emphasized, “It’s important for you to know where you want to go in your career and to be your own advocate. Letting an agent be your advocate who knows where you want to go helps you to be prepared when the timing and the opportunity present themselves.”

Guild members continued their own separate discussions about all they had just heard. Speaking with CineMontage, Innovative Artists client Jacques Gravett, ACE, reflected, “Everything Craig said was spot on, including not needing them sometimes and needing them other times. The biggest advantage is that they track the industry for you; the agency works as a team.”

Much of what was presented was new to steering committee member Michael Jones. He said, “I’m still an assistant editor and learning about being an editor. This gave me the opportunity to get the information from the agents about how to come into the room ahead of the game for that first important interview.” 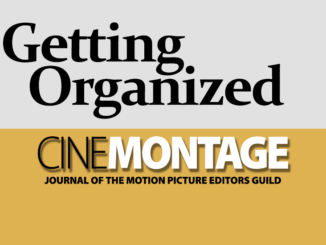 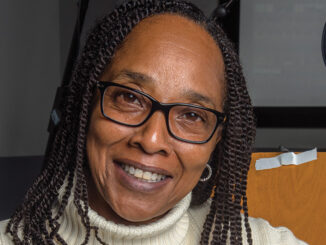 In Search of the Perfect Take 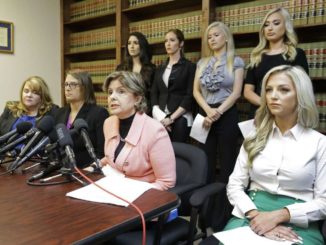