Where are you currently employed?

I am working on multiple projects in various stages of development at the studio.

I’ve been a bookworm since I was a child, and I distinctly remember telling my parents that there were two professions I wanted to pursue as an adult. One, to be the first person to become a judge without going to law school (I think I was into the idea of wearing robes and having a captive audience). And two, make a living by reading. So, my inner child is thrilled. Still working on the judge thing.

How did you first become interested in this line of work?

As an assistant, I worked in development at several studios as well as in the story department. Reading material from agents and producers, as well as projects being nurtured internally, and forming opinions was a day-to-day experience. Once I learned there was a whole layer of mysterious people (readers) who participate in the development process by reading and writing all day as a job — usually from the comfort of their own homes — I was definitely intrigued.

Who gave you your first break?

Andrea McCall, who runs the story department at Amblin’ Partners, hired me as an assistant when I was fresh out of grad school. Everything that’s happened in my career since then can be traced back to the day I met her.

What was your first union job?

My first union job is the same job I have now, Paramount. I’ve been in the union for two years…

Which of your credits or projects have made you the most proud and why?

…so none of the projects I’ve worked on as a story analyst have been made yet. But my first official PA job — on a TNT TV special called Christmas in Washington in 1999 — was an exciting and intoxicating gateway into the business (Brendan Fraser! Chris Isaak! Christina Aguilera! 98 Degrees! That’s right, 98 Degrees!)

What was your biggest challenge in your job (or on a particular project) and how did you overcome/solve it?

There are two key challenges for me as a story analyst. The first is fatigue. Reading material hours and hours every day, day after day, that you didn’t choose but have to ingest and engage with, can erode patience and open-mindedness. Also, the eyes and mind do tire.

The second challenge is to maintain diplomacy and objectivity as much as possible when assessing the material. I write the coverage frankly but carefully, with the mentality that if my remarks were read by the writer, they would find constructive criticism not just criticism.

What was the most fun you’ve had at work?

The most fun thing is when I’m assigned a book or script that I’m dying to read anyway. I let the story department executives know what I like and then hope they send me stuff that’s up my alley.

Jobwise, what do you hope to be doing five years from now?

Five years from now, I hope to be writing TV shows and movies full time, and hoping the story analysts reading my work are enjoying themselves. They’re all obviously brilliant, beautiful people (hi, guys!).

RELATED POSTS:  What Our Members Do: Susan Avallon

What are your outside activities, hobbies, passions?

I travel as much as I can, see a lot of movies and plays, hike and work out, to enjoy the bazillion great places in LA to eat and spend too much money on cocktails at. Also, I love a used book sale.

Nothing is ever set in stone, but I have the most anxious love for Jurassic Park, Back to the Future and Singin’ in the Rain. To me, they are perfect in every way and are shining examples of the mix of fun, heart, wish-fulfillment, cleverness and originality that defines a great film. And after years of witnessing how difficult it is to get a good movie made, I find their excellence even more astounding. I also love Thelma & Louise, The Big Lebowski, Rushmore, The Devil Wears Prada, all things Nancy Meyers (especially Baby Boom), everything from the Marvel Universe, and The Three Amigos.

Do you have an industry mentor?

I have been lucky to work for and with exceptionally talented people. Serving as Stacey Snider’s creative assistant both at DreamWorks and 20th Century Fox was an incredible education in every way, as well as a defining experience for me. Also at DreamWorks, I had the opportunity to work alongside Holly Bario, which was like taking a master class in studio production, development, politics and overall coolness.

What advice would you offer to someone interested in pursuing your line of work?

Laying the groundwork to become a story analyst is difficult, but it’s worth the effort. Getting to know the people who hire readers takes time and energy, as does building relationships and trust. Having a pre-existing reputation helps — being an assistant or executive, working at a studio or agency — basically, something that corroborates your ability. Make it easy for people to say yes to you by having a strong sample packet and references.

Was there ever a circumstance when you had to rely on the Guild for help or assistance?

Ever since I joined the Guild, I’ve felt supported. It connected me with fellow story analysts, and I’ve enjoyed the benefits that can be hard to come by in a freelance lifestyle. Also, the screenings are a terrific perk.

Is there anything you’d like to say to your fellow Guild members, some words of encouragement?

I’m new to the union and at the early stages of meeting people and enjoying all the Editors Guild has to offer. It’s been such a positive experience and I’m proud to be part of it. Our business is tough and unrelenting, and it’s nice and helpful to be part of a powerful professional community.

Editor’s Note: To recommend a member (including yourself) to be featured on the home page of the Editors Guild website contact edlandler@roadrunner.com. 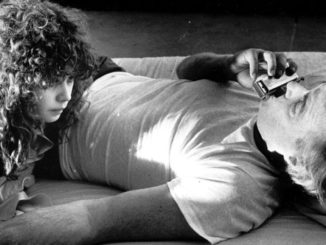 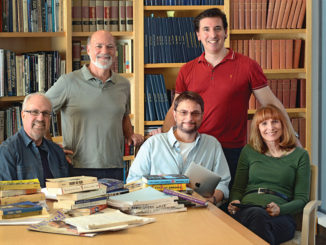 The Fisher Kings: Story Analysts Are on an Expedition for the Big Catch 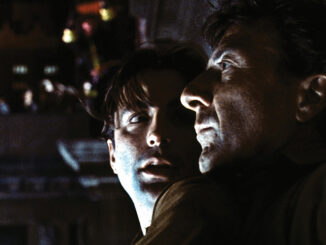