Logging and transcribing are key responsibilities in the making of reality TV, as well as documentaries and occasionally other televised fare, but few know the subtle differences between the two and what the purveyors of these crafts actually do. Four of these practitioners — Lisa Mackie, Paul Sivertsen, Ashkan Tabrizi and Telon Weathington — both log and transcribe. They all work on the currently running season of CBS’ Big Brother (2000-present) and have also plied their skills on the first season of another reality competition show, The Four (2018) on Fox. Their collective credits include a wide range of reality series, from The Apprentice (2004-2017) to RuPaul’s Drag Race (2009-present).

First, the definitions: A logger writes a blow-by-blow account of the action in concise phrasing, including who’s in the scene and what she or he are doing and saying. Transcribers, on the other hand, create, as closely as possible, a word-for-word record of what is said. Much transcription is done after the fact, with the transcriber working with a digital file, pausing and backing up to catch exact words and phrases. Live transcription really ups the ante.

On shows such as Big Brother, for example, transcribers take down the responses in real time — a stressful but exhilarating job, according to those interviewed, some of whom even prefer it to other tasks. “You just have to jump in and do the best you can to transcribe everything to the best of your ability,” says Mackie. “Sometimes it’s fun to be on or around the set and see what’s actually happening.”

Tabrizi describes loggers as being first responders for the story department. “We’re the first contact for them, for a more detailed point of view,” he explains. “As a logger, I am there to summarize every two to three minutes of footage and tag them appropriately so [the editors] can easily find the footage and piece it together coherently.” He reports that up to 60 to 70 percent of the tags are used by the editor. Big Brother, a multi-camera show during which contestants are up all times of day and night, results in a huge amount of footage, he notes. “We’re needed to organize it,” he says, adding that the biggest worry of a logger is to miss a crucial or defining moment. “You have to keep your eyes on the screen and watch every moment unfold,” Tabrizi elaborates. “A lot of Big Brother fans are into strategy, so you can’t miss that.”

RELATED POSTS:  A Foothold in Reality

Big Brother and The Four both require logging and transcribing, according to Sivertsen. “For the classification within the unit, we’re usually labeled as loggers, but it depends on what they need from us, and I’m used to doing both,” he explains. “Most people have a preference. In the past, mine was transcription, which is how I started. It’s a bit more tedious, but you get to listen to the interviews. Logging is a bit more open to interpretation. Now I like to switch between them.” On Big Brother, he live-transcribes interviews. “They prefer as much word-for-word as they can get, which is a feat,” he says. “It’s a very fast turnaround. The faster at typing you are, the better you’ll be.”

Weathington, who received a certificate from the Television Academy recognizing her transcription work on an Emmy Award-winning episode of Shark Tank (2009-present), generally prefers logging, but also enjoys the live transcribing, especially for Big Brother. “We all type fast, and I can’t even tell you how many words per minute I type,” she says. “They don’t expect you to be able to get every word correct because it is really intense, and it depends on the speaker. If the speaker is a really fast talker, it’s harder to get all the words.” Because live transcription is so stressful, the transcribers rotate out every few hours so everyone gets a break and can come back refreshed. She also notes the challenge of transcribing in scenes where contestants whisper, have conversations in the dark under blankets, or communicate by making eye contact with each other. “That’s when you really need to be focused,” she stresses. “It could be very important to the game.”

How to Become a Logger/Transcriber

These loggers and transcribers each took a different path to their current careers. When Weathington was in college, she helped out her TV professors on their side projects, often documentaries where she learned to log and transcribe. In her senior year, she told her professor she was looking for a job. “He reached out to a former student in the industry,” she recalls. “She hired me on my first show, The Baby Borrowers [2007-2008] and that was my introduction to logging and transcribing.” In her first job, she had to pause and rewind tapes. “It wasn’t until a couple of years later, when I was working on Celebrity Apprentice [2008-2015] that things started going digital,” she says.

Mackie had worked as a floater secretary in law firms and often took dictation or transcribed off the computer. She had also learned a kind of shorthand earlier in her career working in artist management. “I saw a job listing about transcribing and answered it,” she remembers. “And they wanted me to work that night — and said it was for three months.” That was Top Chef (2006-present) in 2010. She notes that working in transcription at a law firm, which demanded flexibility, speed and accuracy, was good training. “I like transcribing,” adds Mackie. “And the people seemed to like my skills.”

After studying musical theater at Chico State University, Sivertsen moved to Los Angeles for a whirlwind year, after which he returned home. “But a friend called and said that there was a position open for a transcriber and asked if I could type fast,” he relates. “I interviewed on a Wednesday and they wanted me there on Monday.” He describes what a logger/transcriber needs to have a successful career: “It’s the work ethic; it’s getting things done in a certain amount of time. You go in and type until the work is done.”

Tabrizi graduated college with a degree in music and then got his start in the industry working odd jobs. About nine years ago, a friend asked if he wanted to do logging and transcribing for Top Chef. “I was a fan of the show, so it sounded intriguing to me,” he explains. “I was looking for something in post-production, so it was also a good fit.” Since then, Tabrizi has worked on a number of reality shows, including Project Runway (2004-present). “Right now, working on a show like Big Brother is cool to witness,” he continues. “Experiencing working on a union show is a big leap for me, and pretty amazing.” He also notes, “Being a logger/transcriber is much more than entry-level; this is a job with its own nuances, one that ties in with story and editing.”

While the loggers/transcribers enjoy their jobs, not all of them see it as a final destination in their careers. Sivertsen, who has been a logger/transcriber for five years, has been taking training classes offered by the Editors Guild. “Some loggers like the story aspect of it, and some want to move into assistant editing,” he explains, admitting that he enjoys working with editors. “In my spare time, I still choreograph, dance and take acting classes,” he adds. “Right now, I love being where I am.”

Tabrizi, who says he’s led by curiosity more than ambition, also says he likes his job. “I do some freelance scoring and working on music editing,” he says. “I haven’t done much with sound editing although that interests me, as does Foley. I would love to be able to get into a position to edit music, but I’m still learning a lot of things. The flexibility of logging has allowed me to freelance.”

Mackie also has a side interest, writing projects that she hopes to direct and produce one day. Weathington says she initially wanted to produce film and TV when she fell into the logging/transcribing job. Previously, she worked as a production associate on The Queen Latifah Show (2013-2015) when she was an alternate on Big Brother, and as a production assistant on Super Soul Sunday (2011-present) when Big Brother was off-season.

“In the past three years, I fell in love with casting, found a listing for it, applied and was hired,” Weathington says, confessing that she is still a big fan of, and feels loyal to, Big Brother. “Now I’m able to do both,” she adds. “I worked on Celebrity Big Brother the beginning of the year and then worked as a casting associate producer on Married at First Sight [2014-present] on the Lifetime Network. Right after that, I went right into Big Brother — and my plans are to go back into casting when it’s over.”

Weathington recalls going to work one day at Big Brother and finding a post-it stuck to a computer that read: “Loggers — Unsung Heroes!” “As a team, we may not be seen as an important part of the show, but we really are,” she states. “The show is counting on us to have those good notes. Our job makes the story producers’ jobs easier. They are able to find whatever they need based on our notes and, because it’s a live show and we produce three episodes a week, it’s very important.”

“In post-production, we’re the first set of eyes and ears,” says Tabrizi. “To make an analogy, it’s like a filtration system; it goes from camera to the field story producer, but in post-production, it goes to us first, and then to story and editorial.” He says he isn’t afraid of an artificial intelligence-empowered machine taking over his job. “AI can’t summarize a scene for you and tag it with the things that a person can see,” he explains. “We’re the first point of contact.”

Sivertsen notes that it’s a great experience to interact with the story department and producers. “We help them go through all the moments to find the best ones — and there’s a lot to go through,” he offers. “I always want feedback on how to do it better.”

“Logging and transcribing give the producers and story editors a map to find where things happen during production,” Mackie explains. “They can use that to put the story together and easily find things. If they look for what someone said or did, they can find it and pull it into the story.”

Although logging and transcribing may be little-known or -appreciated jobs, in the era of reality TV they have become important crafts and a crucial part of storytelling. They are jobs that require a high level of professionalism, dedication and hard work, and these Guild members embrace the challenges and enjoy contributing to a team effort. Whether they remain loggers/transcribers or move on to other positions, they help tell the story. 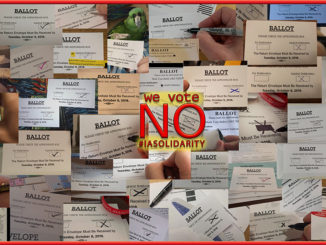 As IATSE Contract Vote Deadline Nears,
All Eyes on Turnout 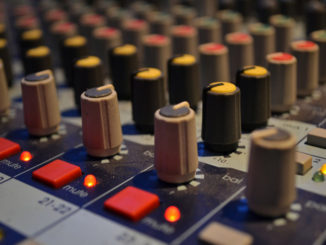 UNION MADE: The Importance of Keeping the Union in the Mix