For as long as he has been a director, Gus Van Sant has also been an editor. The Academy Award-nominated filmmaker of Good Will Hunting (1997) and Milk (2008) took on the editorial responsibilities on his feature film debut, Mala Noche (1986), and while most of his subsequent efforts have been cut by such distinguished editors as Curtiss Clayton, Pietro Scalia, ACE, and Elliot Graham, ACE, Van Sant continues to drift in and out of his cutting rooms. Over the years, he has edited or co-edited some of his films, including Even Cowgirls Get the Blues (1993), Gerry (2002) and Elephant (2003).

With a background like that, editor Billy Rich would have had good reason to suppose that Van Sant might be standing over his shoulders during the post-production of their new film, Promised Land, a drama starring Matt Damon as a natural gas company salesman who is peddling the wonders of hydraulic fracking to a small town. The film opens December 28 through Focus Features.

But Rich says that even though Van Sant has an appreciation of the editing process, and was an active participant in post-production, for the most part he was sparing in his instructions. “He told me that he deliberately didn’t give me any notes during production, even if he had a very specific intention behind the way he shot something,” Rich comments. “He was more curious to see what I might come up with on my own without interfering with that process.”

At present, Rich has no plans to direct, but he jokes, “If it were me, I wouldn’t be able to help myself because I have such specific opinions. I just wouldn’t be able to keep my mouth shut!” Not so with Van Sant. “He did have a very intimate understanding of the [editing] process,” Rich says. “But he didn’t really control it very much.”

The director’s restraint is all the more notable since he was a near-constant presence in the cutting room on Promised Land. “Some directors don’t have the time or the patience to sit in the cutting room all day, or if they do…sometimes you wish they didn’t,” Rich says. “But Gus would just sort of hang back on the couch and play guitar. And he would withhold comment until he saw that I had reached some kind of conclusion.”

Valdís Óskardóttir, who edited Finding Forrester (2001) for the director, painted a similar picture in conversation with film scholar Vincent LoBrutto: “During the shooting of Finding Forrester in Toronto, I asked Gus in the early stage of editing how he wanted me to cut a scene…and he said, ‘You’re the editor, you’ll figure it out.’”

Van Sant was equally easygoing when it came to hiring his editor on Promised Land. Rich had recently completed his second feature as editor, the big-budget Battleship (2012), when he got a call from Scalia, who had been nominated for an Academy Award for Good Will Hunting and who also was a mentor to Rich.

RELATED POSTS:  THIS MONTH IN FILM HISTORY: Are You ‘Experience’d?

“Out of the blue, Pietro called me up,” Rich recalls. “He said, ‘Hey, there’s this project that I’m interested in, but I can’t do it because of my schedule, and was wondering if you would be interested if I put your name forward.’” Already familiar with Promised Land, Rich was pursuing the project, so of course his answer was “yes,” and a meeting was arranged. Besides the recommendation of Scalia and writer-director Bruce LaBruce (another mutual friend of Rich and Van Sant), Rich came armed with mountains of preparation. “I had all kinds of notes on the script and all sorts of elaborate talking points,” Rich says, but it turned out to be a really “anti-climactic” interview.

“He just sort of chit-chatted with me for a few minutes,” Rich remembers. “Then he said, ‘Okay, when are you coming to Pittsburgh?’ I said, ‘Am I hired?’ That’s how it came about.” The meeting itself was low-key, but Rich’s reaction was anything but: “Needless to say, I was thrilled,” he says. “I was literally pinching myself. It was my dream job.”

A Chicago native, Rich moved to Los Angeles with his mother at the age of five. Although he was a movie buff with a fondness for directors like Polanski, Kubrick and, yes, Van Sant, he went to Los Angeles Trade Technical College to study auto mechanics, and never thought of filmmaking as a career — until he found himself needing a job.

“A friend was able to get me work logging videotapes at a television production company,” Rich remembers. “Because I was working there on the night shift, I had access to the Avid equipment after hours. So I just kind of started to play around for the fun of it.” From there, he worked on cable TV, first as an assistant editor and then as an editor, with stops at Fox Sports and MTV’s The Real World.

“At a certain point,” he says, “I knew that I was more interested in features, and Pietro Scalia was a family friend. So he agreed to hire me on the condition that I started over, which I did.” Rich was Scalia’s apprentice on Black Hawk Down (2001) and went on to work with the editor on such films as Masked and Anonymous (2003), American Gangster (2007) and others. On Robin Hood (2010), the last film on which they collaborated, Rich was credited as additional editor — remarkable, considering that, less than a decade earlier, Scalia had asked him to start more or less at the bottom.

RELATED POSTS:  Awakening the Force in the Cutting Room

“He was definitely my greatest mentor and is the biggest influence on my editing now,” Rich says, pointing to Scalia’s admonishment to not fuss over every last take of a particular performance. “For example, if you have a character who gives a sort of knowing look across the dinner table, you could sit there for hours agonizing over take four or take five. One’s good for one reason, and the other’s good for another reason. But ultimately, what’s important is where you use that look, not which one, and probably either one of them would work just fine.”

Rich also learned from Scalia to keep the big picture of the film in mind at all times. “He would tell me that when you design a car, you don’t start by perfecting the front bumper,” Rich recalls. “And when you cut a movie, you don’t start by trying to perfect the first scene that happens to be shot. You have to always consider it as a whole film, and how that scene is going to serve the big picture and the main story that you’re trying to tell.”

In the case of Promised Land, the main story is not what it seems. While the film has garnered press attention for being about fracking, Rich contends that it is more of a backdrop to the timeless themes in the screenplay by Damon and co-star John Krasinski (who plays an environmental activist opposed to fracking). “To me, it’s kind of a film about integrity,” the editor says. “For Matt’s character, it’s about someone whose work is at odds with his personal values, which I think is something that a lot of people can relate to: the issue of personal responsibility for your actions.”

Rich points to a preview screening in Las Vegas, after which a focus group was asked what the film was about. “People would say, ‘Oh, it’s about small-town America’ or ‘It’s about how people are coping in this economy’ or ‘It’s about integrity or personal choice and decision-making, about doing the right thing.’ Nobody said, ‘It’s about fracking,’” he says, adding that Van Sant is not an especially political filmmaker — at least not in an obvious way. “When we were sitting in the editing room, he was never devising ways to bring down the gas company. It was always just about figuring out how to connect with the characters.”

Offering an analogy of sorts, Rich continues, “Not to make too lofty a comparison, but Chinatown [1974] didn’t attempt to accurately portray the bringing of water to the city of Los Angeles. It worked as a piece of cinema, and if it also dramatized a subject that people wouldn’t normally think about, then that’s interesting, too.”

Several recent Van Sant films, including Elephant, have been praised for their long takes, and while Promised Land was photographed in the more traditional, naturalistic style of Good Will Hunting or Milk, Rich remembers that the dailies were far from ordinary. “On this film,” he says, “Gus and Linus Sandgren, the DP, would typically shoot the scene in one long take to start off. Not a traditional master, but usually some long, long shot that involved several camera moves. And once they were satisfied with that, they would move on to more traditional coverage: close-ups, or maybe also just a normal wide establishing shot. Sometimes we would use parts or all of that one long take, and sometimes we wouldn’t use any of it, depending on the nature of that particular scene and what was coming around it. It was kind of a mix.”

Out of this stew of footage emerged a half-million feet of film; a lot for a 30-day shoot and, according to Rich, a record for Van Sant. “I was told to expect 3,000-5,000 feet of dailies per day, because Gus typically shoots with a single camera, and very few takes,” he says. “But it was often upwards of 20,000 feet per day — and they usually ran two cameras.” First assistant editor David Marks and apprentice editor Bernie Gomez aided Rich in sifting through the material, and when it came time to review a cut, he turned to a trusted friend.

“Pietro also stayed in touch with us throughout post,” Rich reveals. “Each time Gus and I finished a cut, I would send it to him for additional feedback, which was a tremendous resource. He had a lot of great ideas that we were able to use, and his support was invaluable.”

Since Rich left his first meeting with Van Sant without even realizing that the director had hired him, it seems appropriate that perhaps the biggest thing the editor learned from Van Sant was the virtue of nonchalance.

Normally, imperfections or miscues in a take might bother Rich, but he discovered that Van Sant not only had a tolerance for such things, but “almost an appetite” for them. “Things that would normally bother me didn’t bother Gus at all,” he says. “For example, he might say, ‘Why didn’t you use this take or that shot?’ And I’d say, ‘He flubbed the line’ or, ‘There was a camera bump.’ And he’d say, ‘Well, so what?’ And usually he was right.

“A lot of pictures I’ve worked on previously were perhaps a bit more slick than Gus’ films, so I definitely had to break some old habits.” Rich concludes. “It took a little bit of getting used to on my part, but I appreciate the results.” 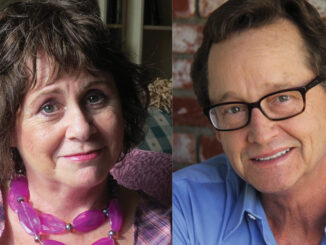 Editors Have the Write Stuff: Guild Members Transition into Authors 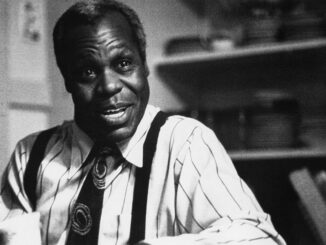 The Awakening of ‘Anger’ 25 Years Later