William Yeh found editing in a dark room on a Venice backlot.

He had recently graduated with a degree in English, “so naturally I was unemployed,” he recalled. He figured movies would always be made but didn’t know anyone in the industry. His one response after writing 100 cold-call letters was from Concorde-New Horizons, Roger Corman’s low-budget utopia.

“My first job was as an unpaid production intern on the officially unreleased version of ‘The Fantastic Four,’” he said. “I did everything from coffee runs to appearing as a background extra. On a take where the Thing (played by a large man in a bulky latex suit) got up off the ground, it was my legs that propped him into sitting position. That’s the extent of my stunt career.”

Yeh was promoted to PA and climbed the ladder of production but found it grueling. “Those introverts playing with strips of film in a lightless shack at the studio’s edge—that was more my speed,” he said. Yeh has been working in dark rooms since.

His latest film is “Nobody,” a second collaboration with director Ilya Naishuller. The angst-ridden film is the story of a home invasion that propels an underestimated, nobody-of-a-man (Bob Odenkirk) to access his most lethal and ruthless instincts to keep his family safe after a home invasion. The wish-fulfilling story was inspired by Odenkirk’s own experiences of two home invasions where he did the smart thing for his family and did nothing but lived thereafter with the nagging sense that he should have taken action. The film, released in March in a limited number of theaters, is set for a VOD release in mid-April on Amazon and other platforms. It’s already earned comparisons to Keanu Reeves popular “John Wick” series of action movies.

Yeh’s pacing of the story required a slow burn as Odenkirk’s character takes life’s indignities on the chin until the moment when he can take no more.

CineMontage: “Nobody” was your second collaboration with Ilya Naishuller. What does your process look like with him? How did it evolve?

Yeh: Ilya’s a director, producer, actor, and professional musician with talent oozing from his pores. His first feature, “Hardcore Henry,” landed on my plate as a recut. I did an edit without his input and sent it to him at his home in Russia. Though he didn’t say so at the time, he hated it. But his wife Dasha, also a director, told him to shut up and watch. He got what I was going for, flew to L.A. and we worked out of our living room for months. He did his laundry at our house. Bags of clothes and Chinese takeout became little traditions. The movie premiered at Toronto, played SXSW, and was purchased by STX. I was thrilled when Ilya asked me to work on “Nobody,” and joined the crew in freezing Winnipeg, Canada. Throughout the shoot I showed Ilya how his footage was cutting together; his feedback allowed us to get a head start on refining set pieces and designing VFX. I also advised on inserts and pickups so our coverage would be as complete as possible. The trust and shorthand we banked over that time in the living room paid off during post, as we tried a million different things to give the audience the best possible ride. We’re tremendously proud of the work we did together.

CineMontage: You have worked with a wide variety of directors. What sort of preproduction discussions do you like to have? Is there a process you like to put into place, or is it totally director-dependent?

Yeh: Some directors sit in on your interview and the next time you see them is during post. I always appreciate being involved before the shoot, though it doesn’t happen often. The most prepared director I’ve worked with is Helen Hunt, on her second feature “Ride.” In pre-production we discussed coverage for every scene so she was as ready as possible. She was the writer, director, producer, and star so her time was precious. That’s how our DP and I ended up crowded around her in a Hollywood hair salon reviewing storyboards and shot lists while she had her hair styled for the shoot.

CineMontage: What do you need from a director on a television series as opposed to a feature film? Do your processes differ at all?

Yeh: The editor-director relationship in features is more akin to the editor-showrunner relationship in TV. You look for the same things from both bosses: trust, respect and someone who knows what they want but isn’t afraid to try new things.

CineMontage: You must have experienced the technology shift from film to digital. What did the change mean for you?

Yeh: I had learned the fundamentals of handing film so the digital revolution came at the perfect time for me. But it wouldn’t have mattered without people willing to share their knowledge. My first digital show was “8 Seconds,” a rodeo movie. Edward R. Abroms was first assistant editor and I was the second assistant. Ed generously offered to teach me the Lightworks and we arrived at work early mornings to train on the machines. I was able to join the union on that picture. Avid and Lightworks were taking off; it was the start of a brief, glorious period when most studio features cut on digital while maintaining a film workprint, which required large crews of assistant editors. With my digital assisting skills, I worked on location in Ireland on “Braveheart.” Digital helped me land my first editing gig, on an AFI short. My director later became my wife!

CineMontage: Was that the greatest shift you’ve seen in your career?

Yeh: When the Great Recession took hold around 2009, studios stopped making the mid-budget movies that were my bread and butter. I ended up working on low-budget movies, both from scratch and as recuts. Reshoots or pickups were rarely possible. It became like self-taught film school, a series of editing puzzles I had to solve if I wanted to get paid. I wound up with a bag of tricks that helped me become a more versatile editor. I had to figure out how to make unconvincing actors sound convincing, how to punch up unfunny humor, how to dance around clunky staging. I learned to “Frankenstein” new dialogue or even new scenes into existence, in one case repurposing elements from nine different scenes to create a new one. I invented action beats: One time my director and I, with only the start and end of a car chase, went on a dailies scavenger hunt and created an exciting in-between. I developed a grammar for cutting fistfights and gunfights. It’s the kind of nitpicky work that makes producers happy but isn’t fully appreciated outside editing circles. So I was gratified to read the Variety column by award-winning editor Stuart Bass titled “How a Bad Director Can Spoil the Show” where he writes, “I have learned that the people who really deserve the top prizes are the editors who face badly directed dailies yet somehow manage to bring D material up to a C+ or better.” Working-class editors don’t win awards or the weekend box office, but it’s possible to make a living turning a sow’s ear into a better sow’s ear.

CineMontage: Did you have an apprenticeship experience and, if so, what was that like and what was the most useful thing you learned from a mentor?

Yeh: The downside of the digital wave came when I wanted to graduate to editing fulltime. With the editor-assistant editor collaboration of film days replaced by crew members isolated in their own rooms with their own computers, I initially had to learn by observation. Then I cut everything I could get my hands on. I worked with Steve Mirkovich, ACE, who was always generous with allowing his assistants to cut, and earned associate editor credit on “I Know What You Did Last Summer.” Of the editors I assisted, I consider the late Tom Rolf my mentor. I’m proud to have shared my first studio editor credit with him on “Equilibrium.” Tom loved a good location. We did only four shows together but they included working in New York, Berlin, and Marrakech. Lunches with Tom were the best. He told stories about old Hollywood, working with King Vidor, attending bullfights in Spain. He was the Hemingway of editing. I teased him that he might have won the Oscar for “The Right Stuff” but I was more impressed that he cut the Elvis movie “Clambake.” At 6 p.m. every day, Tom would call me into his editing room and say with a twinkle in his eye, “The ice is melting.” It was his way of letting me know he was done for the day. Now it’s what I like to say at the end of my workdays—usually a bit later than six.

CineMontage: You touched Robert Altman world as an assistant editor on “Kansas City.” What was that experience like?

Yeh: Sheila MacDowell, who brought me on to “Braveheart,” brought me on to “Kansas City.” I’m extraordinarily lucky to have done those shows back-to-back. Our cutting rooms for “Kansas City” were in a Malibu house with a private chef to feed the crew. Our film benches had an ocean view! Somedays Bob would bake bread. I haven’t experienced anything like it since. I was intimidated by Bob. He might needle you at lunch then ask you for notes after that evening’s screening. He was interested in anyone’s opinion. Robert Altman was the coolest grump I’ve worked with. His longtime editor was the late Geraldine Peroni, brilliant and the kindest editor I’ve worked with. She always had time to listen and offer advice.

CineMontage: What does music add to your work process? When do you like to bring it in?

Yeh: ASAP unless the director requests to screen the show dry. Advice I’ve heard over the years: “Cut it like you’ll never get to touch it again,” and “You gotta dress the children before they leave the house.” Just different ways of saying you only get one chance to make a first impression and temp score almost always makes a scene play better. Needle drops can be a tougher decision. If you don’t have the services of a music editor, every cue becomes a balance between best versus affordable. Even with a music editor, chances are you’ll spend an inordinate amount of time auditioning tracks. But when you find the right song, it’s hard to imagine the scene without it.

About Rob Feld 41 Articles
Rob Feld is a filmmaker, a regular contributor to DGA Quarterly, and contributing editor of Newmarket Press’ Shooting Script book series. He teaches screenwriting and directing at New York University. Contact him at rob@gothamarts.com. 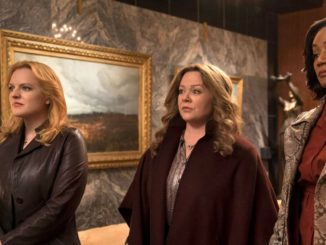 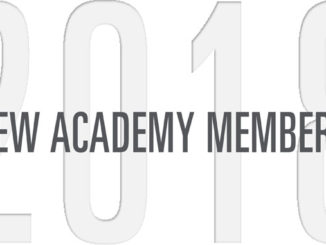 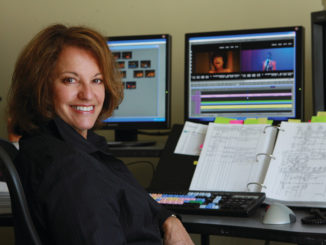