On January 8, 2016, at a meeting of the Motion Picture Editors Guild Board of Directors, Ron Kutak announced that he would be retiring as National Executive Director of the Guild — IATSE Local 700 — during the year. In his official email to the membership, he wrote, “After having the honor, privilege and self-satisfaction of representing you, I feel I am leaving the Guild in a better place than I found it.”

Having served for 32 years in his position, Kutak was the longest-sitting chief executive officer of any union in the entertainment industry. He has represented the Guild since being hired as a videotape organizer in 1981 and has been Executive Director since 1984. He officially retired November 1, 2016.

Along with the Guild’s Board, during his tenure, Kutak has overseen much transformation at the local as it has adapted to the upheavals and constant change that are a given in the entertainment industry. His experience prior to joining the Guild provided him with the ability to help the Guild thrive throughout the past 32 years, into the 21st Century, and beyond.

Born July 28, 1949, and raised in various parts of the New York City area, the future MPEG executive became interested in film while earning both a BA and an MA in history at Northeastern University in Boston. In 1974, he was accepted by New York University’s Graduate Institute of Film and Television.

Graduating with a Master of Fine Arts, Kutak worked in NYC for a year or so, then moved to Los Angeles where he worked as cameraman and camera operator for Roger Corman and other independent filmmakers, but preferred doing camera work on music videos because it paid better.

In 1981, after working with an Editors Guild field representative on a strike, the Guild offered Kutak a part-time position to organize in videotape. Within a year, the Guild offered him a full-time position; then-Executive Director David Miller told CineMontage that he regarded the young man as his assistant. The new full-timer decided to quit camera work entirely and devote himself to Local 776.

Kutak later recalled for the Editors Guild Magazine, “When I began in the film business, I saw too many people much older than I struggling to make benefits with the freelance life — and a future that looked like they would have nothing to show for it. The union changed my life… Without the union, especially since our business is popular and ‘glamorous,’ producers would continually pressure employees to the lowest common denominator they could establish and still get the job done.”

Soon, Kutak became more familiar with the workings of his union employer. Along with his field-organizing responsibilities, he was able to observe board meetings, planning sessions, contract negotiations, and attend the 1984 IATSE Convention.

He also focused on the technical advances being made in editorial. With the support of the State of California Employment Development Department, he started a Guild training program. Recalling this event, Kutak said, “When I worked camera, I wanted to be on the cutting edge of technology. I saw it was going to be just as important for editors.”

In 1984, the Guild’s Executive Director position became vacant. The Board began accepting applications for the job. Kutak did not apply; he didn’t feel right about doing so. He had not been at the Guild very long and his current job was lower on the totem pole than others whom he thought would be applying.

He was surprised, then, when someone on the Board asked him to submit an application, which he did. After the interview process was concluded, he was even more surprised when he was hired. In turn, the then 35-year-old new union leader surprised the Board when he asked for a smaller salary than what had already been offered him.

On the job offer: “In my view, I was totally unqualified. It was a leap of faith for them. I told them that the first thing we had to do was to get the Guild on solid financial footing — then pay me more if I do a good job.”

But the new Executive Director had real transformation for the organization in mind. His ideas involved changing the structure of the Local. At the time, contract provisions prevented younger members from rising to editor positions and more secure jobs. Obstacles in the roster rules prevented qualified non-union editorial employees from joining. Kutak wanted to do away with all of this.

He believed that in order to ensure the long-term well-being of the Guild and meet the producers on an equal footing, all members had to be treated equitably, and the union needed the strength derived from representing all editorial employees. Access enjoyed by the veteran members had to be available to all. Kutak later wrote, “The concept of unity within a labor organization — and within the labor movement — is the foundation of unionism; banding together and turning many voices into one strong voice, individuals become a formidable force in the unequal power relationship between worker and employer. In this way, the labor movement was born and continues to evolve around the world.”

The Board was ready for the changes. Kutak said, “My ideas must have had a fair amount of support from the Board or they wouldn’t have hired me.” In order to familiarize himself with Guild membership, Kutak had conversations with a number of members. Among the editors with whom he spoke, he credits Carol Littleton, ACE, with helping to shape his views on providing access to union membership for all qualified editorial employees. As a result of those discussions, Littleton decided to run for president.

Within the next three years, Kutak brought financial stability to the Guild. In 1989, the year after Littleton was elected president, the roster rules were changed to allow access to all qualified editorial employees. With the restrictions eliminated, the Local was free to bolster its efforts to organize non-union shows and bring more members into the Guild.

address jurisdictional issues between the various IA locals working in television, video and film. Kutak sought to continue to unify, as well as to enlarge and consolidate the union. At the same time, he wanted to prepare the Local’s growing membership for the burgeoning technological revolution. Reflecting on these events, the departing Executive Director commented, “People were president at the right time. Carol was committed to bringing a younger generation of editors in and changing the culture of the organization. I think of Donn Cambern as the Sun King; he was so statesmanlike. He could move us slowly toward the series of mergers that transformed the Guild into a national local.”

In 1995, the Board of Directors approved the reapportionment of its seats to better represent the numbers of members in the different classifications. This set the stage for Kutak and Cambern, with the cooperation of IA President Tom Short, to move the Guild to national stature and broader post-production representation.

Even though the IA did not actively participate in the negotiations, the merger of LA Local 776 and NY Local 771 to create national Local 700 proceeded with its approval. This occurred after Local 780 — the local that held editorial jurisdiction in the middle of the country — ceded that jurisdiction to the newly created local. Prior to the merger, the IA assigned Local 776 to take in the post-production sound members of Local 695. Subsequently, the re-recording mixers of NY Local 52 ceded their re-recording jurisdiction to the newly-formed national Guild. Local 854, the Story Analysts, approached the Local about merging as well. In the process, the local became an organization encompassing virtually all post-production personnel and artisans of story structure, both pre- and post-production.

Each of the significant local mergers took place at different speeds, through years of meetings, discussions and negotiation — a skill at which Kutak was well-practiced through representing the Guild in contract talks with the producers. At the same time, as the mergers proceeded, by expanding the range of educational programs and seminars offered members, Kutak and Cambern further prepared the membership for the turn of the new century and the digital revolution. The Executive Director wrote, “As technology continues to change workflow, we should be ahead of it and in control as best we can, not spend time catching up… We need to know more than everyone else, continue to participate in the development and field-testing of workflow, be teachers and be relied on. In this lies our future strength.”

An example of this credo can be seen in Local 700’s most recent merger. In 2010, the Guild welcomed the Laboratory Film/Video Technicians and Cinetechnicians of Local 683, helping them adapt to the digital retooling of industry labs and enhancing the Union’s strength and stature.

Asked how he would describe the Guild in 2016, Kutak said, “The Guild today is strong, dedicated, smart, with a proper eye to the future most all of the time.” Members might use these words to describe the Executive Director himself. By respecting the rights and needs of the membership as artists and craftspeople whose work is crucial to the industry, he earned their respect as well.

Guild unity is maintained through consistent achievement of consensus in the best interests of the Organization. This requires communication among equals, as he will tell you, “through good faith debate, research, practical analysis, and compromise.” Judging by the comments of his co-workers, Kutak appears to apply the same principles in the Guild offices, where he is a popular boss who has built a long-tenured, diverse and cohesive staff with whom he can enjoy the spirited give-and-take of discussion and debate, one of his avocations.

During the weekend of August 5-7, at the IATSE’s District 2 meeting of delegates in San Diego, Michael Miller, IATSE International Vice President and Department Director, Motion Picture & TV Production, formally acknowledged Kutak’s long service and achievements. Before his official retirement, the Editors Guild commemorated his 35 years of service with a Gala Celebration in downtown Los Angeles, on September 17. The following day, the Motion Picture Sound Editors held its 8th Annual Golf and Poker Tournament, co-sponsored by the Cinema Audio Society, at the Angeles National Golf Course. Kutak served as Honorary Chair.

UFCW Secures Hazard Pay for 50,000 Grocery Workers in the US 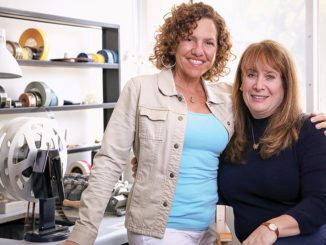 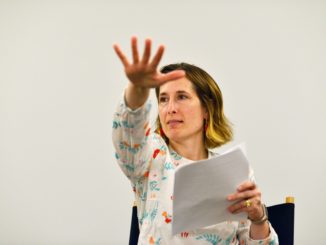