Catherine A. Repola, longtime Western Executive Director of the Motion Picture Editors Guild, IATSE Local 700, has been promoted to the top position of National Executive Director of the Guild by the MPEG Board of Directors, it was announced by Alan Heim, ACE, President of the Editors Guild. She will replace Ron Kutak when he retires November 1, 2016, after serving more than 30 years in the position. 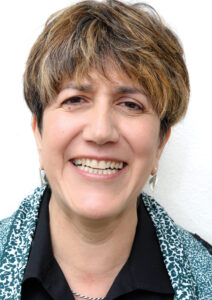 “The Executive Search Committee’s recommendation to hire Cathy was unanimously endorsed by our Board of Directors,” commented Heim. “We are confident that we made an excellent choice based on her wealth of experience and long-standing commitment to the welfare of our community and the overall labor movement.”

“I am both excited and honored to be given this opportunity to move our union into its next phase,” said Repola. “I am grateful for Ron’s mentorship; we have been a team in the true sense of the word. His accomplishments laid the foundation for us to continue to make great strides.”

Repola joined the Editors Guild (then Local 776 and representing only the West Coast) in 1992 as Assistant Executive Director, a post she held for 18 years. Among her many accomplishments, she and the Guild field representatives under her supervision have secured outstanding wages and benefits in the millions of dollars, on behalf of members seeking assistance from the union, by properly enforcing the terms and conditions under the Guild’s Collective Bargaining Agreements. She also oversaw the administrative mergers of IATSE Locals 771 and 780 into one national Editors Guild, renamed Local 700, and the transfer of post-production sound members of IATSE Local 695 into MPEG — both in 1998 — as well as the merger of IATSE Local 854 into the Guild in 2000 and IATSE Local 683 in 2010.

In 2010, she was promoted to Western Executive Director and during her tenure was appointed by IATSE International President Matthew D. Loeb to serve as Chair of the first-ever IATSE Women’s Committee in 2015. Also, as a result of her successful work on production tax incentives, she was elected to the Board of Directors of FilmL.A., Inc. in 2016.

Prior to joining the Editors Guild, Repola served as Associate Business Agent for the Office & Professional Employees Union, Local 174. Before that, she was Manager of Payroll and Residuals for MGM Studios/Turner Entertainment Company.