Reprinted from The Washington Post by Eric Yoder on January 22, 2021.

President Biden on Friday knocked out the main pillars of his predecessor’s policies toward the federal workforce by repealing Trump administration orders that restricted bargaining and appeal rights and another that sought to remove civil service protections from a large class of employees.

Federal agencies for several years have cited the union-related orders to restrict the subjects over which they will bargain, although the rules needed to carry out the disciplinary policies were finalized only last fall.

One of the orders, issued in October, could have turned tens of thousands of career employees — or more — essentially into political appointees, although time ran out on the Trump administration before it could make those changes. …

RELATED POSTS:  Soccer Players’ Union and MLS Reach a Tentative Labor Agreement
About Jeffrey Burman 697 Articles
Jeff Burman served on the Guild’s Board of Directors from 1992 to 2019. He is now retired. He can be reached at jeffrey.s.burman.57@gmail.com. 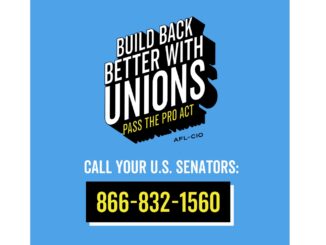