When sound designer/supervising sound editor Dane A. Davis, MPSE, attended the audience preview for The Matrix (1999), he — as well as directors Andy and Lana Wachowski (then known as the Wachowski Brothers) — had no idea what to expect. “It was groundbreaking in our minds, but you never know if something is going to work,” he says. Their wariness was born from the experience of making Bound, the 1996 thriller that was the Wachowskis’ directorial debut. “Everybody loved Bound, but it never found an audience,” recalls the sound editor, who was also sound designer on that movie. “The experience was very dispiriting.”

Given the tremendous buzz surrounding The Matrix, I had high expectations when I attended an audience preview. I remember the energy and excitement that percolated in the packed Westwood movie palace. The Matrix did not disappoint me — or anyone else in the theatre. Bullet-time wowed me, but so did the robust, intriguing sound effects that brought the action to life. The popular embrace of the movie signaled to me that this movie would become iconic, so it was no surprise that the film swept the Academy Awards for post-production that year, netting Davis an Oscar for Best Sound Effects Editing.

Intended as homage to sci-fi author William Gibson’s 1984 novel The Necromancer, The Matrix was a genre-bending synthesis of Japanese anime, Hong Kong martial arts films, sci-fi and Hollywood Westerns, as well as an original statement about society’s anxiety-producing transition from analog to digital. “The world was just starting to think about the Internet,” says Davis. “Generally, the whole idea that your experience can be digitized was revolutionary. Everyone could relate to Neo confronting the fact that what he thinks is real isn’t real.”

Davis’ background in independent experimental films was ideal preparation for sound designing The Matrix. His passion for cinema ignited when high school teacher Jerry Lipetzky handed him an 8mm camera and told him to do something creative. Also a musician, Davis found himself increasingly drawn to creating soundtracks for his own and his classmates’ projects, a practice that continued at California Institute of the Arts, where he studied film. He gravitated to creating soundtracks for experimental short films, in particular. “I had no idea you could do this for a living,” he remembers. After school, however, he continued to do what he loved and soon found himself making money for it.

His career was going gangbusters well before The Matrix. He lists Drugstore Cowboy (1989), Bill & Ted’s Bogus Journey (1991), Forever Young (1992), Romeo Is Bleeding (1993) and Boogie Nights (1997) as some of his favorites prior to The Matrix. Davis met the Wachowskis through picture editor Zach Staenberg, ACE. “He called me up and said, ‘You’ve got to meet these filmmakers — two carpenters from Chicago — who’ve made this brilliant movie,” he says. “I went to a screening of their very first cut of Bound, where they, along with Zach, were sitting in the audience, making their own sound effects. They were wild, and we ended up talking and all fell in love. The tableau of sound was very creatively open; they wanted to exaggerate the sound in a lot of ways and expand the subjectivity. I had an excellent time doing Bound.”

The Wachowskis were also very loyal, so when The Matrix was finally greenlit, they brought along the Bound crew, including Davis and Staenberg (who would also win an Oscar for his editing), to work on it. Davis had already read the script for The Matrix when he worked on Bound, and was blown away by it. “I thought this would be so amazing from a cinematography and sound point of view,” he recalls.

In fact, a year and a half before The Matrix fully got the green light, Davis had been tapped to create a sound effect for the bullet-time sequence, which the Wachowskis were doing as a proof of concept. “Gunshots and F-22 fighter jets among other sounds that create turbulence give a sense of scale and create a feeling of intensity and terror,” he explains. “Then I experimented until I found the right balance.” Later, for the movie’s real bullet-time shots, Davis re- created the sound effect in the same way.

Although The Matrix was shot with film, other digital tools were used in the making of the movie, which Staenberg cut on the Avid. Davis used a version of DigiDesign Pro Tools, shortly after the company was acquired by Avid. “My idea was that because The Matrix is about the digital world and digital realities, I didn’t want to use any of my outboard gear,” he says. “I wanted to do it all inside the computer, in the box.

“With this new TDM [time division multiplexing] version of DigiDesign’s Pro Tools, I could open a session, close it and re-open it — and it would remember what all my plug-in settings were within the tracks; that was revolutionary,” he continues. “Although Pro Tools wasn’t that powerful or stable at that time, my plan worked. It was a giant breakthrough in terms of how I did my sound design.”

They also gave him a list of Hong Kong martial arts films to watch. “They wanted me to take what was cool and exciting from those films but avoid the traps,” he says. “There’s a passion and powerfulness to the sounds in those movies. On the other hand, there’s a repetitiveness that can come across as corny. I had to figure out a way to keep that power and passion without repetitiveness.”

One key instruction from the Wachowskis was that, in the “real world,” they make everything they had out of spare parts left over from a century of warfare with the machines. “So their ships, communication devices, weapons and so on had to reflect that homemade quality rather than anything manufactured,” he says. “This idea really helped me design those sounds.”

Davis made another aesthetic decision: to avoid making any sound feel synthetic. “I knew that all of our experiences would have to resonate as organic and plausible in our ‘real’ world so that we, like Neo, would never reject our aural experience as fake,” he says. “To that end, we used only recordings of real acoustic events as sources to create all the sounds in the movie. The only exception was the hologram on their ship, which involved an audio synthesizing chip to render the sounds for the operator, so I used a very primitive audio synthesizer program to create all of those sounds on the final mix stage where I first saw the visuals.”

The first sound he recorded was to accompany what happens when Neo takes a pill that Morpheus offers to discover what lies beneath his perceived reality. “This scene is one of the most subjective because we are experiencing the connection process through Neo’s POV while he becomes aware of himself,” says Davis. “The key sound challenge was creating that transition point when the camera takes us into Neo’s virtual throat, which is making the scream from his real body that he didn’t know he had. My approach was to start with the apparent high resolution of his Matrix sensory inputs, and then degenerate into more and more quantized, granular bits of his own sound to simulate that transition of virtual sense breaking down, and then resolving into high resolution again once his eyes and ears were sensing directly and not through the wires and software of the Matrix.”

To do this, Davis used a technique he developed for an earlier experimental film. “I called it micro- looping, but it really was just making many, many tiny, nearly redundant, pieces of sound that together felt stuck and moving forward at the same time,” he says. “I would go back and adjust where they started, to give the sense of scanning through a sound. It allowed me to absolutely control how sound transformed and gave a digital edge to it.” He wired the file to the Wachowskis in Sydney (in 1998, it took eight hours to wire a one-minute file). “They liked it, so I kept going,” says Davis.

RELATED POSTS:  May the Sound Be with You: AMPAS Looks Back at Action-Adventure Sound Effects

Another early sound he recorded was an “enormous vocabulary” of whooshes for the fight scenes. “It seemed to me that the only way to make it work was to go extreme with the approach,”says Davis. “I had this theory that in the Matrix, the software didn’t completely understand the physics of turbulence or get the scale right, so you’d hear absolutely every movement.” He recorded specific whooshes for fingers, wrists, shoulders, hips and then, with sound effects editor Julia Evershade, MPSE, manipulated them to give them as much character as possible.

One key sound in the movie was the “Keyauoww-w-w-www!” that Trinity, Neo and Morpheus would make when they slowed time down in the middle of a fist swing. “I took the actors’ yells and, using SoundHack, slowed their voices down about six octaves — smoothly ramping down and then back up to the normal pitch by the end of their delivery,” he explains. “I was able to make the room shake from just this one track! It took many attempts to shape the curve — each time taking 15 minutes to render — and I used graph paper to plot each step for each iteration.”

The sentinels — or “squiddies” — were the movie’s flying killing machines, but Davis picked up something childlike in their “absolute zeal and dedication to killing humans.” He used his children’s malfunctioning toys to create scary layers of the squiddies’ propulsion system, among them a blow toy that came with a McDonald’s meal, and a child’s space-shuttle transport truck, the six axles and tiny wheels of which made another high, strident, metallic sound.

One of Davis’ favorite scenes is when Neo is distracted by the sound of the window washers outside his boss’ office. “Foley artist John Roesch, Foley supervisor Tom Brennan and I did several versions of the squeegee track for the Wachowskis,” he says. “Because the scene is about the clarity that Neo is developing, the squeegee sounds become the real conversation with Neo’s mind. This was probably the hardest scene to get right for Lana and Andy, but people love this scene!”

Since The Matrix, Davis’ career has been as busy as ever, but never too busy to take a call from the Wachowskis; he is just finishing their latest, Jupiter Ascending, another sci-fi, action-adventure film, due for a February 2015 release. “This was my sixth film for them,” he says. “It was very crazy and great fun. Our shorthand communication has gotten really good.” 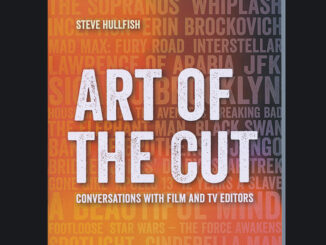 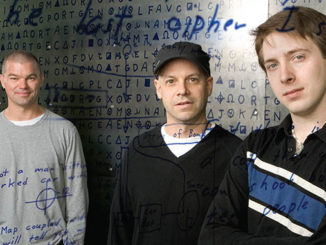 ‘Zodiac’ Sign: Angus Wall on the Cusp of FILMMAKING’S FUTURE 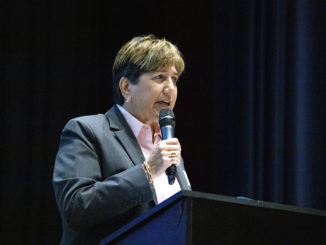