Though “eBook” publishing and digital books have continued to make encroachments on books published with “dead trees” (paper), the traditional form of book publishing still continues.  The new sampling of books showcased in our annual holiday gift guide represents just a handful of intriguing film-related titles published in 2012. At the same time, motion pictures and television continue to populate a large portion of all books published during the past year.

Veteran entertainment industry journalist (and frequent contributor to this publication) Michael Goldman has compiled a sumptuous coffee-table book about Clint Eastwood that provides real insight into the filmmaking techniques of this highly accomplished actor/director. Known for the elegant simplicity of his technical and creative direction, Eastwood has worked with an array of exceedingly eclectic genres and has consistently achieved high-quality results and big box office returns simultaneously. Through 2011, Eastwood had garnered two Oscars for Best Director, an Irving Thalberg Memorial Award and two Best Picture Oscars, along with a score of other nominations and awards for the technical excellence of his productions.

Eastwood is known as a prudent filmmaker with great loyalty to his crew. “It’s really not an auteur thing,” he affirms, “it’s an ensemble.” Editor Joel Cox, A.C.E., has worked continuously with Eastwood, starting with Sudden Impact in 1983 and has held that position ever since. “Clint believes editing a movie is all about making the most out of emotional moments,” says Cox. “He taught me that, and we’ve worked well together for 36 years.” Goldman’s book features hundreds of production photos, many in full color, along with posters, concept art and film frames. Though it won’t easily fit in a stocking, Goldman’s book is one of the finest gifts of the season. 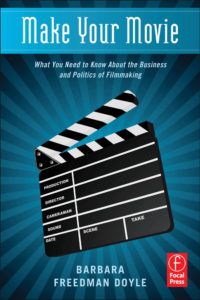 Currently Chair of the Film Division of Chapman University’s Dodge College of Film and Media Arts, Barbara Freedman Doyle has been well seasoned in the motion picture world as production supervisor on many projects for TV and film. She has written a very useful book about how to work with people in the film industry that is also about “who they are, what they do, and what they need.” In making and completing a film, the complexities of “that process can be manageable or heartbreaking, exciting or brutal, your personal black hole,” Doyle writes. “Usually it’s all those things at once.”

Doyle’s pragmatic handbook deals with all the essential aspects of filmmaking apart from the actual craft itself. And, as important as that craft is, she writes, “It is also imperative that you realize that in a high-stakes, personality-driven, high-visibility business, you have to watch and listen, ask the right people the right questions, know when it’s personal and when it’s not, and develop an instinct about the dance that goes on between the two.”

The Complete Filmmaker’s Guide to Film Festivals: Your All Access Pass to Launching Your Film on the Festival Circuit
by Rona Edwards and Monika Skerbelis
Michael Wiese Productions
Softbound, 285 pps., $26.95
ISBN-13: 978-1615930883

Once a film is completed, the real work begins. That job consists of getting people to see the movie, and film festivals are one of the best ways to achieve that visibility. “A film festival can be your ticket to financial independence or, at the very least, to get others to believe and invest in your talents,” write the authors. “But you have to know how to infiltrate the circuit so that you and your film get noticed.” That process of infiltration can cost money, so Rona Edwards and Monika Skerbelis recommend “including a film festival line item in your [film’s] budget that will help defray the costs and not surprise you later on with how expensive film festivals can get.”

Since 2000, Skerbelis has been programming films for the Big Bear Lake International Film Festival and that wealth of experience has informed this book. In 14 succinctly written chapters, essential information is provided to filmmakers setting forth on the festival circuits. A highly useful list of resources at the end of the book includes many film festival websites, distribution sources, digital film and file-sharing sites, publications and resources for DVD replication and duplication. 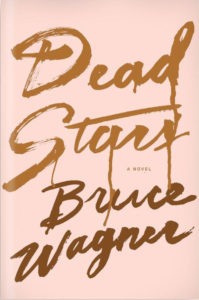 Bruce Wagner is an assiduous, long-time chronicler of the dark underside of Hollywood. A few years ago at a book signing, I complimented him on his first novel, Force Majeur (1991), and when I told him that I thought it was as “scabrously dark” as Nathanael West’s Day of the Locust (1939), he beamed with delight and received my comment as high praise. Mixing imaginary and real-life characters, Wagner’s hapless screenwriter Bud Wiggins from Force Majeur is back once again in his new novel. It is highly contemporary in its references to digital culture, the Internet and reality television, and it is gorgeously printed with red and black ink. This book is essential reading for fans of the Hollywood novel. 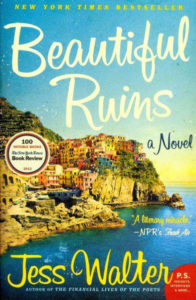 Like Wagner, Jess Walter skewers celebrity culture and Hollywood in his new novel, Beautiful Ruins, but to an entirely different effect. This epic fiction elapses over a span of 50 years and largely takes place on the set of Cleopatra in Italy in 1962. The lead character is a dying American starlet and, along with various husbands and wives, an ancient movie producer and Richard Burton himself, inhabits an outsize cast of flawed but fascinating people — all of whom are subsumed in movie culture. Walter has contrived a hugely entertaining fiction that bids fair to become an enduring literary classic and, possibly, a big motion picture.

A Good Way to Mic and Mix Scoring Sessions

Orchestral layout is highly dependent upon the type of film music being recorded, according to scoring mixer John Kurlander. […]

Legendary movie producer Sam Goldwyn wrote the quote, opposite, in an article for The New York Times Magazine in 1949, just as television was emerging as a major mass medium. […]