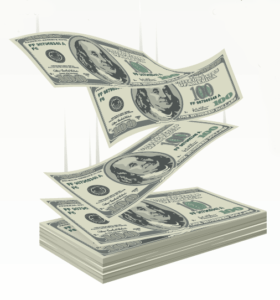 I began my union career in 1986, and now, 59,795 hours, 35 years, and one pandemic later, I realize that retirement is rising on my horizon. Being a bit of a financial obsessive (my friends just call me cheap), I figured it was time to do a deep dive into what my MPI pension had in store.

Instead of sorting through 35 years of annual MPI pension & IAP statements – I kept them all – I signed onto the MPIPHP website and downloaded 32 pages of “WORK HISTORY” as a nearly 1000-line Excel sheet. Next, I was literally blowing the dust off my old tax records and finding each year’s pay stubs (yes, I kept all of them, too). I sat down with the Excel printout on my left and 35 years of paystubs on my right, and slowly began to relive my crazy life as a union sound editor. (Crazy, yes: One month in 1990 I worked 390 hours.) The good news is that as I marched back in time, I didn’t find any issues – at first. Going back about 20 years, without finding any errors, I moved to the beginning of my career, 1986. Boom! Right off the bat, there were major discrepancies between my pay stubs and the MPI records. The MPI records for 1986 were short 145.8 hours, and for 1987 they were short 1,791.8 hours.

The independent signatory sound company I worked for during those early years had been out of business for more than 30 years, but I still had all my pay stubs from those years. My initial reaction was that it was just one of those things – nearly 2,000 pension hours were going to be lost, another Hollywood story of live and learn. I just clocked it up to “paying your dues.”

However, the more I thought about it, the more irritated I became. These were collectively bargained union pension hours that I had earned, and it didn’t seem right that I should lose them just because the employer had gone out of business. I started to poke around the MPIPHP website to see if there were any remedies for my under-credited hours. Mousing around, I discovered an obscure online form entitled “AUDIT HOURS FORM – 090” that asks about the nature of your missing hours, the employer’s information, the missing hours and their dates, and provides a method to upload supporting documents and a comment. I filled out the form and uploaded a PDF of my missing hour paystubs along with a short explanation. I hit submit and figured that was the last I would hear of that.

A few months passed and I received a phone call from an auditor at MPI Plans. I fully expected to hear, “We are sorry, but those missing hours are too old to be applied to your pension log.” What I heard instead was, “Because your documentation is so good, we are going back through our records to see if we can figure what happened to your missing hours.”

While making no guarantees, they said that because MPI had audited the employer when it ceased operations, there was a paper audit trail, and when combined with my records, that might result in the additional pension hour credits. It might take a few months, but there was still a chance. After several more months, my phone rang again. Could I help the MPI understand my somewhat unusual paystubs that failed to itemize the base hours, overtime, or even an hourly rate? I built an Excel sheet that listed weekending dates, contractually guaranteed hours, base scale rate, and a best-estimate overtime rate, and submitted it. About a week later I received both a phone call and written confirmation that the MPI Audit process was awarding me 1937.8 hours for the years 1986 and 1987.

Bingo. Exactly the number of missing hours I had requested.

So, what are 1937.8 of 1986 and 1987 hours worth in 2022 dollars and cents? The answer is more than I expected. My IAP account increased by $3280.94 (principal plus dividends) and my monthly pension projection will increase by approximately $75.00/month, or $900/year, for my entire retirement. I am still waiting for the final number from MPI, but over time it will be a pretty penny. Not bad for a couple of long afternoons’ work.

So, what is the moral of this story? Keep all your pay stubs, every one of them, because you never know when you could turn paper dross into solid gold.

And as for me, I just downloaded my Social Security work history and will be getting those paystubs and W-2s out one more time.

Union Made: My Life as a DiploRat Began in the Basement

I discovered the animal called “story analyst.” These people were allowed to sit on their tuchuses all day to read. And some fool paid them to do this! […]

The SAG-AFTRA Health Plan will be offering an 80% reduction in COBRA premiums for many participants who no will longer qualify for coverage starting October 1. Facing staggering deficits due to skyrocketing health care costs […]

Working for the Weekend: Labor Day and the Struggle for Leisure

If you are working a union job and have Labor Day off, you should recognize that you owe your leisure to a long tradition of solidarity. […]