The first Foley artist to receive the Motion Picture Sound Editors’ (MPSE) Career Achievement Award, Foley artist John Roesch has contributed to over 400 movies in the last four decades, including — to name a very few — Raiders of the Lost Ark (1981), E.T.: The Extra-Terrestrial (1982), Back to the Future (1985), Unforgiven (1992), The Matrix (1999) and The Dark Knight Rises (2012), the latter for which he received two MPSE Golden Reel Awards nominations as part of the film’s sound editing team. He was presented the award acknowledging his career accomplishments at the MPSE’s 60th annual Golden Reel Awards on February 17.

Roesch studied filmmaking at New York University and was a Directing Fellow at the American Film Institute. While at the AFI, he discovered his passion for Foley by chance when a fellow student asked him to help out with sound; he didn’t even know what Foley was. But it was watching Star Wars at the local theatre in Wayne, Pennsylvania, that woke him up to the possibilities of sound. It was a defining moment for him, after first having thoughts of becoming an actor and a director.

These days, you’ll find Roesch still practicing his craft on Foley Stage One at Warner Bros. Studios with his collaborators: fellow Foley artist Alyson Moore and Foley mixer Mary Jo Lang. “What is the core of the film?” he asks. “Is it organic or is it OTT [over the top]?” The goal is to match the overall tone, whether it’s the leather sounds of holster movement and the handling of rifles and spurs on Unforgiven, or accentuating Bane’s weight by allowing resonation to creep up the mic stand in The Dark Knight Rises, the goal is to match the overall tone of the drama or comedy. CineMontage interviewed the veteran Foley artist in January about his favorite moments working on movies.

CineMontage: What is it about Foley that interested you, and how did you learn the tricks of the trade?

John Roesch: When I was first asked to “help out” doing Foley, I thought it was a dumb job. But it did strike a creative note in me, and when I was asked repeatedly to help out, it finally dawned on me that I had a knack for it. I worked with a few other artists of that era who showed me a few tricks but mostly, I was self-taught. I did not have any preconceived notions as to what was traditionally done, so I just did what I thought would work and let the sound of the cue guide me — along with the supervisor and my partner. Gordon Ecker, Jr. and Chuck Campbell, both supervisors, were a key part of this. They were not the only ones, but they were constantly pushing me to try new things to achieve the right sound.

RELATED POSTS:  Holding the Cloud in the Palm of Your Hand: Cutting Mobile with ProSpotting and TouchEdit 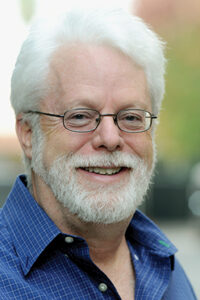 CM: What was it like watching Star Wars in a theatre and then working on The Empire Strikes Back as a Foley assistant three years later?

JR: Well, fortunately, the gravity didn’t hit me, and that was fine because I just had a lot of fun. Mind you, the distinction on Empire Strikes Back is this: The supervising Foley editor was also a Foley artist in his own right. His name was Bob Rutledge and he hired me to work with him. It was not like any film before or since, outside of Windwalker (1981), which is another one he and I did. But I got to do Luke Skywalker’s footsteps on Dagobah and Yoda’s feet, and we got hobnail boots for the Stormtroopers.

CM: How did that compare with Raiders of the Lost Ark?

JR: Some of the people that had worked at Gomillion Sound had branched out and got the chance to work on Raiders, and so I got a call from [sound editor] Richard Anderson to help Foley that show with Joan Rowe, who was my partner at that time.

What people don’t understand about Foley is that they are custom sound effects, made just for that moment on screen. So we did the scene with the big German plane. We didn’t do much with the whip. For the swordplay, when Indy pulls out the gun, I pulled out a dao [Chinese sword] and did all the swishy sounds with that. And we tried to make Indy’s feet sound a certain way and the Nazis’ feet sound big, leathery and over the top.

CM: What was noteworthy about the next Spielberg blockbuster, E.T.?

JR: The producers were a little concerned that the first time you see E.T., he’s in the cornfield and he’s screaming his head off. And they didn’t want to scare the kids, so they told Chuck Campbell, who was the supervising sound editor, that he should make E.T. sound funny.

Joan and I went out to lunch and ordered some Jell-O. It got thrown down on her tray and we looked at it and started laughing. She went home and cooked up a huge pot of Jell-O, which she brought in. I took a T-shirt, taped up the neck and arms and filled it with Jell-O, then held the waist opening and shook it in front of the mic to make this big gelatinous sound because E.T. reminded us of a duck out of water. I used my hands for his footsteps. And for the flying scene where Henry Thomas and his friends avoid the roadblock by flying off, I had gotten a workout bike and set it up in such a way that it sounded like the wheels were turning but not touching the Earth.

CM: How creative was your work on Back to the Future?

JR: That was one of my favorite films to work on, with Chuck Campbell again. We really pushed the envelope on that one. For Marty blowing the amp in the opening, we actually did that on stage. At that time, I was part owner in a business in a Foley facility called Taj Soundworks and the chief engineer, Ed Bannon, who is Doc Brown in the film, engineered it so it was a one-take thing, but it sounded unbelievable.

And then of course the dog is automatically fed by the can opener, where he opens up the can, the arm comes over, turns the can over and plops it into the bowl. We actually had an old car door with an electric window that Ed welded wheels to, so we hooked up a couple of batteries to that thing and we used that for some of the motor sounds.

Also, when the DeLorean came back from the first foray into the future, the vehicle was covered with ice. So how do we make an ice sound? Chuck said to get a couple of ice trays and just pull them slowly, so when the door opens, we hear the ice cracking.

CM: Silverado had a lot of great sounds too.

JR: Not only a lot of great sounds, but one of the best openings — sonically — of any film I’ve worked on. That was an incredible amalgam of Foley and effects, and Bob Grieve [the supervising sound editor] wanted to be as spot-on organic as you see it. In fact, the only thing in the opening scene that was a little wobbly from an organic standpoint was the rifle that Scott Glen had in the little enclosure he was staying in. He strikes it with something and it flies through the air to where he catches it and shoots. I did a couple whooshes of the rifle through the air, but that was unusual. And we purchased some Henry rifles to be completely accurate, but we found that if you used a larger caliber, it has an incredible ring, so we pretty much used that for any size bullet.

CM: What was it like transitioning from the 1980s to the 1990s with the coming of digital recording and editing?

JR: There was a noticeable difference between E.T. and The Rocketeer [1991]. When we did E.T., there’s a character in the film called Keys played by Peter Coyote. We do not see his face until the very end of the picture, but we do see his keys flapping on his waist, which is a signature sound.

Back then, technology was such that if you just tried to record it in the normal manner on mag stock, it would not translate; it would sound very dull because the transits were so high and the recording just couldn’t hold it. To circumvent that problem, we had a technician come in every morning and tweak the recorder to get certain frequencies correctly for the Keys sound. That took 20 minutes, and then we had to revert it back to normal. So when we got to the ‘90s, let’s say on Rocketeer, a lot of the stuff you hear — like the jetpack flames — could be done because technology had gotten to the point where it could hold all those frequencies and not get over saturated or be too similar.

CM: How challenging was The Matrix as a Foley artist?

JR: That one stands out because, there again, the devil’s in the details. Here we’ve got Keanu Reeves in the back of this vehicle being whisked away with this tracking device being pulled out through his stomach. What does that sound like? It had a lot of unusual things. Just the squiddies, the Sentinels, that would come after the ship had struck me as this metallic-headed thing that had a lot of conduit dragging behind it. So that’s what we used: a lot of conduit. The great thing about Foley is that there’s no limiting factor outside of your imagination.

CM: Was Inception the most complex of the Christopher Nolan films you worked on?

JR: I’d say so. That had so many different elements. Here we are inside an elevator shaft where we have to place C4 charges, but we have to have the elevator ambiance and the characters almost weightless, if you will. Then you have snow, and you have skiing in snow and you have huge explosions, and then you have a lot of water work. In other words, you have a lot of various elements that typically don’t come together under one film roof.

CM: How did you handle the snow?

JR: The snow scenes were actually a combination of play sand and cereal. The sand would give a schussing sound for skiing, while the cereal component helped with an icy feeling. We also used snow ice for some areas that required deeper snow. Snow is lots of fun in that you are constantly trying to re-create the proper ice-to-powder ratio.

CM: You’ve worked several times with David Fincher, but I understand that on The Girl with the Dragon Tattoo you had to go on a scavenger hunt to get the right sound of the train pulling into the station.

JR: That’s right. David and Ren Klyce, the supervising sound editor, wanted to get the feeling that it was 20 below zero, but we didn’t have anything to create that specific sound. So we went on eBay and got four old ice trays and used them to get the cracking sounds on the rails.

CM: So it was Back to the Future all over again, like coming full circle.

JR: It worked then and it still works for getting the sound of crackling ice. 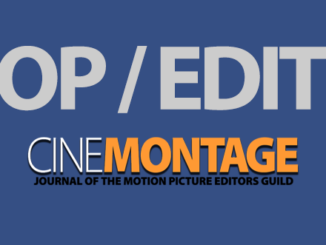 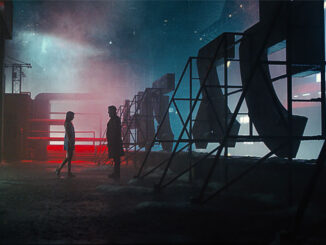 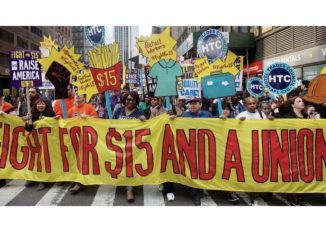