Reprinted from The Washington Post by Peter Cole on April 4, 2021.

“Fifty-three years ago, a racist White man killed the Reverend Martin Luther King Jr. in Memphis,” writes Peter Cole in The Washington Post. “King’s presence there was no coincidence. The city’s predominantly Black sanitation workers were on strike and King had a long history of supporting unions, which he once described as ‘the first and greatest anti-poverty program.’

“The recent effort by 6,000 predominantly Black workers to unionize an Amazon warehouse complex in Bessemer, Alabama, is only the latest chapter in a long history of Black labor organizing. (Amazon founder Jeff Bezos owns The Washington Post.) Their efforts, like King’s in the 1960s, were made possible by the work of Ben Fletcher. Fletcher was a Black labor organizer from Philadelphia who organized a union whose membership was roughly one-third African American, one-third Irish and Irish American, and one-third immigrants from other European countries. Despite leading his era’s most effective interracial, multiethnic union — this history that has been largely overlooked. Fletcher’s advocacy of radical unionism and socialism, like King’s after him, illuminates the intersectional struggles for economic and racial equality that still resonate in America in 2021.

“Born in 1890, Fletcher was a working-class Black Philadelphian whose parents were probably born enslaved in 1850s Virginia. They moved to Philadelphia in the late 1880s, presumably to escape poverty and the rising discrimination and violence that Black Southerners experienced after Reconstruction’s demise. …

RELATED POSTS:  Sound Editors Nominate ‘Wonder Woman,’ ‘Sound of Metal,’ ‘Tenet’ for Golden Reels
About Jeffrey Burman 703 Articles
Jeff Burman served on the Guild’s Board of Directors from 1992 to 2019. He is now retired. He can be reached at jeffrey.s.burman.57@gmail.com. 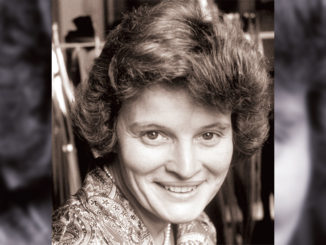 DEDE’S DEVOTEES: Some Words from Her Admirers