Reprinted from The Washington Post by Eli Rosenberg on September 22, 2020.

The Department of Labor released a rule proposal on Tuesday that could make it more difficult for those engaged with contract work to be classified as employees, in what labor advocates described as a potential blow to protections for workers.

Labor advocates say the proposal would raise the threshold for contract workers, which includes gig workers, to be considered employees, a category that comes with significantly more protections.

The proposed rule is the first of a multistep process with potential consequences for millions of workers.

Under the proposal, the Department of Labor — which has the power to investigate worker complaints about misclassification — said it would adopt a few guidelines to test whether workers should be considered employees or contractors. …

RELATED POSTS:  Goodheart: Unemployment Insurance Desperately Needs an Update
About Jeffrey Burman 147 Articles
Jeff Burman served on the Guild’s Board of Directors from 1992 to 2019. He is now retired. He can be reached at jeffrey.s.burman.57@gmail.com. 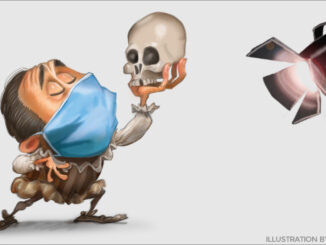 The Show Will Go On, and Labor Has a Role to Play