Reprinted from The San Francisco Chronicle by Arindrajit Dube on February 24, 2021.

“Opponents of raising the minimum wage,” writes Arindrajit Dube in The Washington Post, “have seized on a recent report by the Congressional Budget Office that estimated that increasing it to $15 by 2025 would cause 1.4 Americans to lose their jobs. These ‘significant job losses,’ argued a US Chamber of Commerce vice president, provide reason enough to abandon the Biden administration’s plan to help low-income workers.

“First, it important to recognize that the CBO also observes that income gains resulting from the wage increase are substantially greater than the reduction in income from job losses, thereby lifting nearly a million people out of poverty. Nonetheless, the report’s assumptions about job losses are problematic – significantly out of step with modern research on the subject. A recent survey of the evidence in the Journal of Economic Perspectives, for instance, by the labor economist Alan Manning, carried an apt title that captures scholars’ views far better: ‘The Elusive Employment Effects of Minimum Wages.’ Obviously, there is some point at which a high minimum wage would reduce employment, Manning explained, but the last few decades of research suggest ‘the currently observed range of minimum wages apparently does not include the turning-point.’ (Note that several states already are on paths toward a $15-per-hour minimum.)

“I have also conducted multiple studies and reviews of the minimum-wage literature, and agree that effects on employment are elusive. In 2019, for example, I was asked to undertake a review of minimum-wage scholarship for the British Treasury by the Conservative Party chancellor Phillip Hammond. I concluded the weight of the evidence points to a fairly small impact of higher minimum wages on employment, even as they significantly increase the earnings of low paid workers. …

About Jeffrey Burman 705 Articles
Jeff Burman served on the Guild’s Board of Directors from 1992 to 2019. He is now retired. He can be reached at jeffrey.s.burman.57@gmail.com. 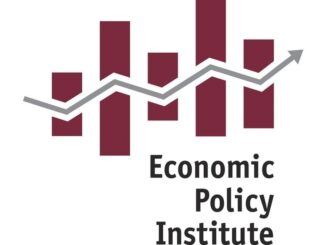