Kay Rose’s long career as a sound editor included such films as The Rose, Ordinary People, On Golden Pond, The Prince of Tides, The Way We Were, Paper Moon, California Split and Medium Cool. She won an Oscar for The River, and in 1994 was honored with the Motion Picture Sound Editors’ Lifetime Achievement Award. In this continuation of last month’s conversation with Leslie Shatz, Kay talks about the relationships between mixers and sound editors, her role as an independent and the power of sound to create drama and shape story.

The mixers early in your career –

Kay Rose: At majors, had everything to say.

KR: There was a protocol at majors. They had a different hierarchy from independents. There were departments and heads of departments and worker bees, which included directors, staff producers and writers, all of whom were basically assigned to projects by the executives. Majors ruled distribution – they owned the theaters. Independents were mostly out in the cold, but some majors contracted small companies to make B movies for them because it was cheaper. Drive-ins, when they were popular, also consumed many B movies. I was working on a United Artists film and we were dubbing at Goldwyn (subsequently Warner Hollywood, now The Lot) with an unfamiliar lead mixer – he had come from the majors. One scene had a woman running away from someone in a warehouse. You never saw their faces. You only saw their feet. She’d run and hear his footsteps behind her, then she’d stop and he’d take a couple more steps and stop. She didn’t know where the stalker was coming from. It even was written in the script that way. The mixer just kept playing the music up and the footsteps down. I finally said to him “The whole point of this is the feet” and so he turned the sound of the footsteps up full blast then called in the producer. He played it for him and said, “That’s the way your sound editor wants it.”

“The important part of the job is how you feel about what you’re doing – the challenges of each picture.” – Kay Rose

He turned your footsteps up?

KR: Oh yeah, it sounded like an elephant. I was pregnant at the time but I spent the rest of the mix sitting on the step outside the dubbing stage. I refused to go back in.

So now it’s all changed, the mixers are nicer to sound editors?

KR: It changed a while back.

What do you think made it change?

KR: Business, you know. The anti-trust decree against major studios’ ownership and control of theaters allowed non-major companies to release their films throughout the country. The days of majors monopolizing all U.S. circuit theatres were over. But it took a number of years for the majors to amend their in-house control and pecking order. With the advent of television, many outside companies were formed in competition with the majors. At the same time, independent sound studios were appearing – Glen Glenn, Producers Sound, Ryder Sound among many others, adding to the original off-lot RCA and Western Electric facilities. CBS took over the stages at Republic Studios for their own shows and serviced Four Star TV as well. It was becoming a different ball game for sound departments. Goldwyn Studios had dubbed United Artists and Goldwyn pictures, and when there were no more Goldwyn films, they had to compete with outside facilities for business, which they never would have gotten if they employed mixers like the one I told you about earlier. Thankfully the head of that sound department was a wonderful, astute man, Gordon Sawyer, whose talent made Goldwyn one of the top independent sound departments in town.

RELATED POSTS:  Leveraging a Career in Sound The ‘Artistry’ of Kenneth L. Johnson

So you were freelance throughout your career, is that right? Was that unique or were there other people like you?

KR: Well, when I started in the independent world, there weren’t very many – majors ruled. We were employed by film companies I’m sure you’ve never heard of. The editorial crew consisted of one editor, one assistant, one effects editor and one music editor. That was the ideal – rarely met. Depending on the budget, the assistant also cut both music and effects – on a good job, you assisted and did one or the other, but not both – even if you didn’t know how. If you were the assistant and sound editor on a film, you’d give the music editing to a friend and if he was the assistant and music editor on another film, he’d give the sound effects to you – that’s how you worked it. These films were very small movies, like I was a Teenage Frankenstein.

“When a score dominates and leaves no room for story points, that bothers me.” – Kay Rose

I’m sure it was big in France.

KR: You had to make up things. They had little money, so when the monster breaks out of the lab and is escaping on the street, the crew ran by with lights pretending to be cars, and I had to add motors, revs and skids.

I’m sure the studios offered you a full time position. Weren’t you ever tempted?

KR: No, because at majors you were a name on a time card. Directors who were gaining more clout wanted their own people, not a studio department. I often worked on films at the studio involved, but operated as a separate entity with my own crew and answered only to the director/producer.

Did you encourage your daughter to get into the film business?

KR: Yes, she had always been interested in drama – she had been writing short stories and plays since she was a child, and editorial for me had been a good drama teacher. I was working at Fox on Cinderella Liberty with Mark Rydell, and I needed an apprentice. It was a very busy time – everyone was working. I didn’t think there was a chance of her getting on, especially at a major studio. The head of editorial, to my surprise, okayed hiring her if no one else was on the available list. There was just one name left on it. Donn Cambern was the lead picture editor on the film – he didn’t recognize the name but the second editor, Patrick Kennedy, did. He had worked with him and it had been a very bad experience. Patrick said, “If you hire him, I quit.” So on came Victoria.

KR: Later, on New York, New York, we needed an ADR editor and none was available – the entire union was working and I was already teaching two assistants to cut dialogue. Vickie had recently had a baby and was nursing her, but Irwin Winkler, the producer, who knew Vickie from a previous film we had done, said, “We’ll set up a cutting room with a crib and I’ll pay for a nurse while Vickie works and you teach her.” We didn’t have to go that far – Vickie’s husband brought the baby over twice a day to be fed.

“Finding a balance between music and effects that supports the story in the best way possible has always been my focus.” – Kay Rose

Do you have something else you would like to add?

KR: The important part of the job is how you feel about what you’re doing – the challenges of each picture. I did a show at AIP, a Mario Bava film called Black Sabbath, which was shot in Italy. It was based on three short stories by Tolstoy and was delivered to me with no soundtrack and no script. There were no production tracks at all and the ADR was very sparse. Not enough to give you a clue and three stories to guess at. I loved the challenge but I hated the very short schedule and the very small budget that went with it. I was given one day to foley the entire movie – all the footsteps, props and movement. I had two friends who improvised every reel with no preparation whatsoever. Just put up the reel and go! You can imagine how bad the sync was! But all the hard effects came from my library – the sound in the first two stories was supposed to drive the lead characters mad. I must have been successful – the mixers reacted with gasps and yells the first time through.

In most dramatic films, effects are complementary, adding sounds that should have been recorded in production if one could have recorded everything completely. You can influence those films by your taste and selection of material. Occasionally there is one in which you can influence the drama itself by your choices and, much like a director, paint your own images. On Golden Pond, a simple film effects-wise, gave me a chance to create an environment – the place where two people spent their summers for fifty years – the place that was part of their characters.

Later in my career, I went on location several times to shoot effects and then I was able to take all those sounds and create something with them that complemented the drama in less obvious ways.

Sounds like you were the sound designer of your day. You conceived the soundtrack the way you wanted it.

KR: Well, ninety percent of the time it was to the satisfaction of the director.

Didn’t they always want to play up the music?

KR: Take for instance, The River. The picture opens over a long shot of mountains in a rural area in the south. The main title starts, as does the music, quietly. The camera pulls back to a boy fishing in a river and the rain starts gently over the stream and the leaves and slowly intensifies. The boy runs home as the rain gets stronger and stronger and the music stops. The rain becomes torrential as the farmer struggles to barricade his farm against flooding using his tractor. We now hear just the rain intensifying and the man and his machine fighting to save his farm. No music plays until the farmer loses his battle. I had known John Williams, the composer, for a long time. We had discussed the drama of the sequence and these were conclusions we came to.

Was that rare – to be able to discuss this kind of thing with the composer?

KR: Yes and no. Some composers write a score for music’s sake and not for story’s sake. When a score dominates and leaves no room for story points, that bothers me. To me, story rules. Finding a balance between music and effects that supports the story in the best way possible has always been my focus. It was all a lot of fun. And I miss it.

KR: It’s never been drudgery. It is to a lot of people, but I’ve never found it so.

How long was your career?

And it was never drudgery?

KR: No, I loved every minute.

There aren’t many people who could say that. 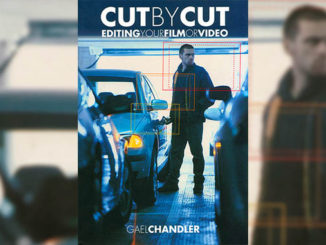 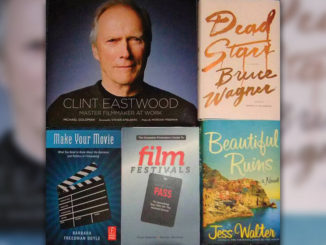 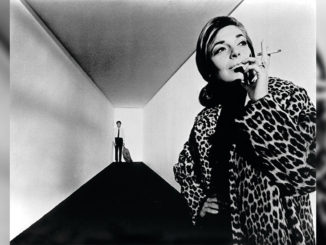