Good acoustics are simple,” states Bruce Black, director of engineering with MediaRooms Technology. The company recently performed analysis of re-recording rooms at Sony Pictures Entertainment’s Sound Department in Culver City, as well as re- recording mixer Paul Massey’s Sound Signal facility in Ojai, California, and rooms at other LA-area post sound houses, and also provided acoustical consultation for Technicolor Burbank on upgrades to its mix room. “Whether cutting sound effects or dialogue for TV, or mixing feature films at a major facility, editors and mixers are making level, equalization and other adjustments based on what they hear. And they need to be confident that their room acoustics are not skewing their judgment.”

Obviously, every track is going to sound slightly different when replayed in different rooms. “But if you’ve worked on tracks in an acoustically neutral space, you maximize the chance that other people — including movie- going audiences — will hear your work exactly as you intended it to sound,” Black stresses. “A good translation between the different acoustical spaces is particularly important when working on highly collaborative projects such as feature films and TV shows.” Black is a member of the Academy of Motion Picture Arts and Sciences’ Theatre Standards Committee, as well as a Guild engineer.

So just what is an acoustical analysis? “It provides very detailed and useful information about a mix room, an editorial suite, a live-recording space or a screening theatre,” says Black. “We perform multiple test measurements in multiple positions within the space and record the results into a computer, where the raw data is manipulated to provide plots and graphs that reveal a treasure trove of information about the room.

“These measurements precisely identify characteristics that can sabotage the sound quality of a space,” he continues. “In addition to disclosing data about obvious problems, a room analysis can reveal issues that happen at a level where perhaps you cannot hear them, but you can certainly detect their results. It also reveals problems masked by other sounds, including extended mode decays, early-reflection artifacts and air- conditioning rumble.”

According to Black, a room analysis is an excellent tool to pinpoint a variety of issues and provides choices when upgrading a room’s acoustical performance. “Room analysis can yield pinpoint data to show exactly where treatment might be needed and, equally important, where it is not needed — all of which helps to make the most effective use of a remodeling budget,” he explains.

Black adds that his major focus on room acoustics for post facilities differs in focus from room tuning and speaker set up. “Primarily, I focus on how the physical space reacts to sound, while room tuning concentrates on the performance of the equipment within it,” he says. “Most of the software I’ve encountered is intended more for room tuning and detecting speaker system/B-chain issues, but lacks some of the critical functions needed to
analyze how the room affects what comes out of the loudspeakers. To that end, I use a combination of modules from different programs, plus a number of custom calculators that I wrote.”

Black’s analysis rig includes a JBL LSR6332 reference loudspeaker powered by a Behringer amplifier to replay test signals, and a Presonus AudioBox 44VSL audio interface linked to his laptop computer, which runs primarily Acoustisoft’s R+D software, along with other applications. His reference microphone is a German-made iSEMcon EMX-7150 omni-directional model, together with a B&K precision SPL meter.

“When a post facility plans to build a new edit suite or mix room from scratch, it is a really good idea to have an acoustical analysis when the room shell is completed and sealed, but before any treatments or decorative finishes are added,” explains Black. “This tells me exactly what the real-world room is doing. Calculations can get a room started, but because they can be in error — sometimes a little, sometimes more than a little — designing the treatment details can work out best when I rely on data from the actual room being built. This ensures that the resulting space works really well.”

It should not be overlooked that a well-behaved audio environment starts with a competent acoustical design. “We deliver re-recording stages and screening rooms that require mild overall equalization to achieve the desired flat frequency response and reverb times of around 0.5 seconds at 500 Hz for larger film stages and 0.3 seconds for smaller TV rooms,” says David R. Schwind, senior vice president with Charles M. Salter Associates, which was responsible for the new Technicolor at Paramount post-production complex in Hollywood, working with George Newburn and Jackie McNaney from Studio 440 Architecture and Acoustics. Salter also handled Skywalker Sound’s Stag Theatre in Marin County, California, and various stages at 20th Century Fox Studios, DreamWorks and Warner Bros.

and others. “I look for a flat and consistent frequency response across the mix position at the targeted 85 dBA replay level,” Hodas says. “I use external equalization to average out any 2-3 dB level differences that I discover.”

Hodas’ measurement rig comprises a Meyer Sound SIM System III with an eight-channel line switcher that connects to his array of B&K 4006 and Earthworks M50 reference microphones. “The SIM System III is a dual-channel FFT [fast Fourier transform] unit capable of measuring up to three concurrent transfer functions [for comparison purposes], with real-time, 48th-octave resolution of frequency, phase and signal-to-noise,” he explains. “I use the client’s room equalizer, if necessary, although I prefer the Meyer Sound CP10 analogue parametric EQ — which is the best sounding unit I’ve ever heard — or Meyer Galileo, Lake Acoustics, XTA or BSS Soundweb London digital EQ.”

SIM III lets the engineer quickly find acoustic and transducer problems and offer effective, accurate solutions, according to Hodas. “Speaker-system non- linearities include phase problems, room reflections and distortion, while system coherence — or frequency-by-frequency signal-to-noise ratios — are all important factors that I address in real time,” he adds. “SIM III displays system response from 8 Hz to 22 kHz with 1/48th-octave resolution. By measuring and displaying the loudspeaker and equalizer responses simultaneously, a desired response can be achieved quickly and accurately. And overlaying left and right speaker responses allows perfect matching enhanced center imaging and sound that does not change with panning.”

The first stage of analysis is to identify the acoustic problems. “These anomalies, especially first-order reflections off walls, ceiling and other surfaces, are treated by adding absorptive or diffusive materials to create a large, even listening ‘window’ in a room,” Hodas continues. “Reflections from control-room surfaces can have serious detrimental effects on a monitor system’s response. The SIM III system’s Delay Finder can quickly identify such problems so that acoustical solutions may be applied. It can be very effective to employ acoustical means, and data gathered by SIM III can guide such choices. But there are practical limits to treating bass anomalies in smaller rooms; minimum-phase parametric EQ can be much more cost effective than bass trapping.”

Stage two is the application of EQ to fine-tune the replay system. “This results in all speakers being extremely well matched, increasing imaging and depth,” says Hodas. “It also allows the application of a preferred replay curve or specific standard such as an X-curve [required for cinematic releases]. By way of an example, consider the case of polarity reversals and poor time alignment that cause holes in a system’s frequency response that cannot be equalized, and which result in poor center-channel imaging, aggressive high-end playback, lack of bass and hollow- sounding dialogue. By viewing the system’s phase and coherence in real time, I can spot and correct polarity and time-alignment problems.

“Around 20 percent of the rooms I’ve measured had some type of phase problem that has gone undetected when voiced with systems that don’t measure phase,” he continues. “Final voicing can even be done with music, letting the ears combine with the analyzer for those final, artistically critical adjustments.”

Visioneering Design offers a range of design and analysis services, including the measurement of film/TV dubbing stages and screening rooms. Its past clients include 20th Century Fox Film Post Production Center, Todd-AO, Technicolor and other leading post facilities. In recent months, principal Ron Lagerlof has been working on a number of stages equipped to handle Dolby Atmos and Barco Auro-3D immersive surround-sound formats for such customers as Lightstorm Entertainment, DreamWorks Animation and scoring mixer Dennis Sands. “We renovated the DreamWorks Campanile Theatre, a 160-seat screening room, for Auro 3D playback with a new Meyer Acheron Series loudspeaker system,” Lagerlof says. “We also did the DreamWorks mix stage, which is also on the studio’s Glendale campus, and the PDI/DreamWorks theatre in Redwood City, California.”

RELATED POSTS:  Minding Their Beats and Cues: Despite Some Discord, Music Editors Play On

For dub stages, Lagerlof sets up his measurement microphones where the mixers will be working. “That’s not necessarily dead center in the room — which can include standing wave and symmetrical reflections from the walls and other surfaces — but rather where the space sounds the best,” he elaborates. “I also avoid picking up sound reflections from the console surface. I’ll start with a single mic four feet off the floor at ear height to see what’s happening to the frequency spectrum — to find the sweet spot — and then add more mics. Typically, I’ll end up with two additional mics in line of the console, four to five feet either side of the main mic — at positions that are based more on intuition than anything else — and then a fourth mic behind the main array, four to six feet back. For smaller rooms, I group the mics into a closer array, six to eight inches apart, and at random heights.”

Lagerlof uses iSEMcon EMX Series calibration microphones, connected via Roland Octa-Capture USB pre-amplifiers to a Smaart System 7 analyzer; his smaller system utilizes an Earthworks reference mic and a Tascam IU2 audio interface — “which allows me to walk around with an Apple MacBook Air and the microphone,” he adds.

“Once I see what problems there are in the third-octave frequency response,” Lagerlof continues, “I use DSP processors to develop suitable equalization curves, turning to either Meyer Galileo or BSS Soundweb London units that can also handle signal-source selection and routing, and which accommodate AES-format signals for other B-chain equipment, including Meyer Sound loudspeakers.”

But analysis of room performance needs to be reviewed in light of the environment’s overall transfer function as opposed to strictly looking at third-octave real-time analysis. “In other words, what is going into the loudspeaker channel compared to what’s coming out,” Lagerlof explains. “Such measurements available using the Smaart system include Coherence, or how closely the input and output signals match one another, with any spikes being corrected by room tuning; Resolution, which makes 1/48-octave measurements to surgically identify problem areas and enable a narrow band of parametric EQ to be used to correct an anomaly; and Analysis of results that show the entire performance spectrum, not just a section of it.

“Finally,” Lagerlof concludes, “I make sure that we spend time listening to program material, to fully check that the results of my room analysis and tuning is what the client is looking for. That, after all, is the final acid test.” 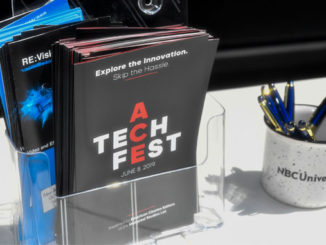 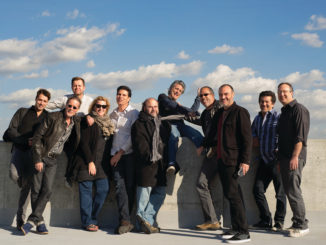 The Aural Authority: Formosa Group is the New Sound in Town 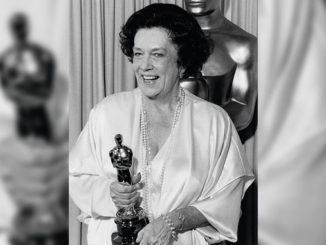