Matthew Hannam shaped an indie film career by finding and growing with a tight group of friends and collaborators.

After dropping out of an economics track in university, the native Canadian enrolled in film classes and immersed himself in the local film scene. Hannam joined the Winnipeg Film Group, where Guy Maddin made his films and worked on as many sets as he could find. Soon he found a mentor in Guy Maddin’s editor, John Gurdebeke, and his picture-editing career was born.

His first collaboration with Durkin in the director’s chair is “The Nest,” starring Jude Law as Rory, a charismatic 1980s entrepreneur who relocates his wife and children from suburban America to his native England.  As his family struggles to adapt, Rory’s reach exceeds his grasp, and his self-delusions and obfuscations drive his family apart. Heavy with tension and drama, “The Nest” called upon all of Hannam’s skills to pace the reveal what is unspoken in Rory’s family dynamics and to allow the fissures that lie beneath the surface of Rory’s marriage to erupt.

CineMontage: Did you have an apprenticeship experience and, if so, what was that like and what was the most useful thing you learned from a mentor?

Matthew Hannam: I had a couple rounds of mentorship. John Gurdebeke was my first mentor, then I worked as an Assistant Editor for the first time with an Editor from London named Simon Cozens. John is an artist who found his way into editing, and he approaches it that way. He showed me to treat the footage like raw material and to be unafraid of making something new or unintended if it feels good for the film. Simon taught me the other side of editing. He was a seasoned pro who worked as an assistant on huge studio films in London. He taught me how an editing room works, how to watch dailies, how to be around a director. Between the two of them I learned two sides of the job that I always try to incorporate in my work.

What sort of pre-production discussions do you like to have with a director, and what were they like on “The Nest?”

Hannam: I like to be as involved as I can be, however I’m useful. If I know the director, I’ll read a few drafts and offer any thoughts. I think I read a couple drafts of “The Nest,” then when it came closer to the shoot, we needed to cut some things to maximize the shoot days we could afford. We talked through that kind of thing. Sean and the DP, Mátyás Erdély, have a very strong relationship. He is a genuine artist (and genius) so I tried to follow their lead and find my way in based on the photography.

What’s the first thing you’re looking for as you review footage? Performance? Can you give a specific example?

Hannam: I am always looking for something special — anything that was unplanned or unique. I feel you can always go through the footage and cut the scene as it was intended, but you never get a chance to see it for the first time again. So, when I watch dailies, I try to just take them in and then assemble the scene based on whatever I saw that made me feel the most. That could be a great camera move, or a specific moment of performance. If the actor did something incredible in a particular set up late in the scene, I’m going to try to build the scene towards that. So, I’ll choose shots based on some sensible progression towards that moment. I always try to listen to the footage and see what they were working towards on set. Maybe it was a steady progression towards that one great final take, or maybe there was an improv that clearly changed the course of the scene. Whatever it is that is most striking, I focus on that and work backwards.

For example, there is a central scene in “The Nest” when Rory visits his mother. There are a lot of things unspoken in that scene and Jude [Law] gave us a good variety of volume in his performance. In that sequence we found the key moments that gave the characters the emotional development we needed, and built around that. We ended up reinventing it a number of times before going back to something simple, but those central parts always stayed the same. To me, that is a good way to remain anchored in what you’re trying to achieve with the scene overall.

What do you need from a director, and what are ways you have worked with one in particular that you have appreciated?

Hannam: Every collaboration is different, so what I need varies. Some directors want to be there all the time and watch it come together, while others will watch and give notes, then come back to see the result. Sean and I had spent time in the editing room together when he produced “James White,” so there was some relative comfort in place. I like working from an assembly, which we did. I do not however think it’s important to sit down and watch the whole film on the first day. I generally like to take a manageable section of the movie and work on that until we get it beyond a “rough.” This usually allows us to find our rhythm together in the room, find what the cutting style is going to be beyond my assembly, and see if we are going to want to incorporate music into the first cut — and how that might fit. It also allows me to get a read on how much or how little I should be inserting myself at the early stage. Sometimes the director needs to get all of their ideas out without much friction, sometimes they really want to work it and have it out. I like to get a feel for all of that early, so we don’t have too many landmines in front of us. It also lets you put a few points on the scoreboard early on, which helps with the inevitable first cut depression that is always lurking around the corner.

What’s the first thing you look to cut out from footage?

Hannam: It’s a good question. My first impulse is that we try to cut the bad stuff, but I think a lot of that comes later once everything is really working. The first thing I look for is story redundancies. I don’t mind long or slow, I think you can make that work. It’s redundancy that (often) makes a movie drag. So, I think I am always wanting to make sure that the story is being told in the most efficient way possible. Audiences are smart, most of them are trying to get ahead of the story, so if you let them, they get bored. I’m always looking for the most engaging progression; this is genre agnostic — it could be tension in a thriller, or a secret in a drama.

What does music add to your work process? When do you like to bring it in?

Hannam: I love music in movies. I love to use it, I love to work with it and I hate too much of it. My goal always is to make it work without music first, but it’s important to know what the vibe is going to be. If there is a montage, I’ll generally find the music first and work with that as an element. Once we are through the film, I will usually then go through and add score where it feels needed, then recut accordingly. It’s always a process and generally gets a big overhaul at least once, but I think of score as I would a voice over or narration: you need to shape it as the film evolves.

You found a group of indie filmmakers who you have worked with repeatedly. What is unique about that experience in terms of the work, but also in terms of building a career?

Hannam: It seems to me that trust and taste are two of the most important things you can share when editing a film. I am fortunate to have this group of friends and extended family that I have continued to work with. That trust naturally grows as we work together more, and I think we are also growing together as filmmakers, so it seems our tastes are developing in due course. As much as possible, I try to trust my friends and I entrust my career to that notion.

Are there key differences you appreciate or struggle with between editing a film vs. episodic television?

Hannam: Most of the TV I have worked on has been in my creative lane. Funny enough, there is generally more money to work with and less time. I like working on TV for the amount of story time you get. There is more of a chance to develop motifs and themes. I like films for the purity of form. You tell the story in a way that comes from the process and doesn’t depend on the big mess that a season brings, not to mention commercial breaks and episode lengths (I hate that part). They are two totally different things that weirdly use the same muscle. I genuinely like going back and forth, I feel like it keeps the knives sharp.

What do you think is key to maintaining a career?

Hannam: The most important thing to me is remaining interested. Finding new challenges, making sure you don’t repeat yourself. Editing is so hard, the career management, the time management, the notes, but if you can still love the process, it feels easier when it gets hard.

You’ve been cutting for quite a while. How has your methodology changed over time? How much of that is due to technology?

Hannam: Technology hasn’t changed it that much for me. The resolution gets higher, the computers get faster and more expensive. I still prefer working with film; I genuinely believe it makes a difference in the way the footage is captured, not only for the look, but for the focus and attention it commands on set. I think the good thing time has brought is the confidence that it’s going to be alright in the end. I used to stress all the way through that I didn’t know what I was doing, and that the film wasn’t going to work, but it always does. I still do some serious stressing, but I’ve learned to make room in the process for healthy mistakes and all the good things they bring. I think a need to be right all the time can only lead to censorship of what might be a great idea.

About Rob Feld 37 Articles
Rob Feld is a regular contributor to DGA Quarterly and Written By, and contributing editor of Newmarket Press’ Shooting Script book series. He teaches screenwriting and directing at the School of Visual Arts in New York. Contact him at rob@gothamarts.com. 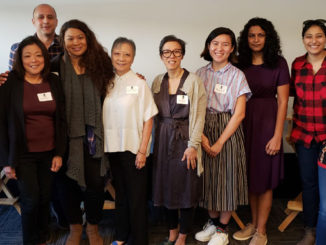 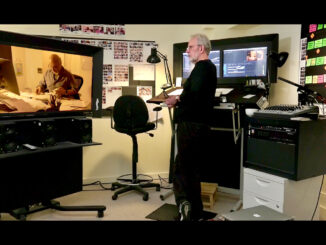 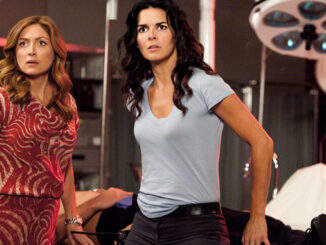 ‘Rizzoli & Isles’ Mystery Solved: Having Post and Production on the Same Lot Makes for a Better-Run Show