Two decades ago, Steve Jobs famously took back his company. Part of the legend goes that when he came back to Apple Computers (now just Apple) he drew on a white board a grid of four quadrants. On one side, he wrote Home and Pro. On the other side he wrote Laptop and Desktop. From that concept came such products as the iBook, PowerBook, iMac and PowerMac — which led to today’s iMac, Macbook Pro and Mac Pro. It was a simple lineup of sleek computers aimed at the everyday user who wanted the ease of use MacOS offered, and two very powerful machines made to compete in the professional desktop workstation sector. These systems dominated the creative community.

Between the “it just works” nature of the system and the world-class support offered by the expanding number of local Apple Stores, many found it a no-brainer as to what platform to run. But 20 years later, Steve Jobs has passed on, and Apple now offers a version of the Mac Pro that took away a major need in the creative community: upgradeability. For some, this change was enough to start looking elsewhere. Microsoft Windows, the long standing competitor to MacOS, isn’t tied to any one manufacturer’s hardware, allowing it to run on everything from homebrew system builds that meet specific requirements or budgets to large box stores that offer configurations with support.

CineMontage spoke to three members of the post community about their thoughts on the two platforms. Two were long standing MacOS users who made the switch to Windows. Chris W. Hill, a picture editor working in Hollywood and a virtual reality (VR) enthusiast currently making his own VR series Foreverse [elixirvr.net], got his new system a couple of years ago.

Hill told CineMontage that he wasn’t happy with the direction Apple had gone when he made his choice to switch. “The graphics capability deficit on the Mac is due in part to Apple’s choice to use power efficient GPUs or forego [dedicated] GPUs entirely in favor of Intel-integrated graphics, old but stable implementations of Open GL, and the lack of an Nvidia option,” he explains.

The other Windows switcher was Dan Sameha, a post producer who has not only run some of TV’s largest post departments, but also co-owns his own graphics house. “We were waiting and waiting and hoping that Apple would release something that would meet our needs,” says Sameha. “But after the ‘Trashcan Mac’ initial release, and no upgrades for the last four years, we had to finally move on,”

We also spoke to Jules Frazier, an editor who has been working in television since before the digital age and has seen the shift go back and forth over the years. Though she prefers to stay MacOS through it all, “I see no reason to switch; I am still a die-hard Mac fan,” she concedes. “I don’t want to deal with the headaches of a PC system. Even if it’s easier now, I still haven’t gotten over the 90s pain of a Windows system!”

Switching to Windows isn’t for everyone. A big hurdle is Apple’s ProRes codec, which is widely popular for deliverables in the industry. Media players like VLC on Windows can read ProRes QuickTimes but not write them. Apple has discontinued its own application, QuickTime for Windows, which leaves users running old software that may have security or stability issues.

Hill discovered he couldn’t leave it behind. “I tried deleting QuickTime from my computers as soon as the security vulnerabilities were made public,” he says. “But to be honest, I still need it.” He found a program that allows him to write Windows ProRes files. “I recently bought Windows ProRes [windowsprores.com], and it works great for adding ProRes output support to any Windows app.”

Samhea found a similar workaround. “ProRes has not been an issue since we are using an old version of Miraizon ProRes that seems to work OK as of now. There are some render issues once in a while, but a restart and export usually does the trick.” Both solutions require the last version of QuickTime for Windows to be installed. Having good security on your system if it’s plugged into the Internet is recommended.

Recently, Windows ProRes stopped selling new licenses. “A few years ago, another plug-in that offered the same functionality, Mirazon, was also taken off the market without explanation,” Hill theorizes. “Apple owns the patent for ProRes, and has never made encoding available on Windows natively. We may never know why all of these third-party solutions keep being taken off the market, but now that Windows ProRes has mysteriously disappeared, the ProRes saga on Windows has become rather curious.”

Support is also a big issue for users who aren’t tech-savvy or don’t want to take time maintaining a more complicated system. When things go wrong, it can feel like you have no help at all. Hill, who got his system from Origin PC, had a major issue two years in. “My amazing Origin PC Genesis workstation is on its way back to Florida to be repaired. I’m not sure yet what’s wrong with it, but there is definitely a hardware issue after two years of use that is causing the system to consistently shut down after a few minutes.” He had wanted a mobile system to work on a VR project. Downtime is the bane of any creative endeavor, so he decided to go for it.

“In order to continue working, I purchased a Razer Blade Pro 17-inch laptop recently. It’s a gorgeous, thin and powerful machine that unfortunately has a flawed cooling system that cannot properly cool the system under heavy loads,” laments Hill. “I bought a laptop fan that the computer sits on, but even with that, if the room is warm and the computer is under load, it is going to overheat and shut down. I suppose that’s the price I pay for having a desktop-class laptop that’s less than an inch thick.”

While Hill at least had a place to call and send his machine, Sameha has found that unless you are willing to use big box retailers, support is up to you. “Google. That’s your support system,” he says. “To be honest, I have always attempted to resolve all my issues by researching it and figuring it out on my own. Unless I am unaware of another option, you don’t get much support unless you purchase from Dell or HP.”

From an editorial perspective, Hill and Frazier agree that the most important function for a system is to run well enough to not get in the way of creative decisions. Frazier feels that familiarity is more important than speed these days. “I still always prefer Mac,” she says. “Part of that is the keyboard layout, which is partially solved by the key mapping software. If I don’t have that software, the command/windows and option keys layout significantly slows me down.”

She also prefers the ease and familiarity of the Mac desktop. “When I’m at home and have to be my own assistant editor, this is a non-starter for me,” she continues. “I’m already out of my daily comfort zone, but I can call up my one-woman-band experiences from years ago and get by with ingest, outputs, etc. When I’m on a Windows machine, those things I’m unfamiliar with frustrate me.”

Hill, on the other hand, loves the additional power he gets from his machine. “As HD became the standard, Macs continued to struggle to keep up,” he says. “A decade later, I found myself still sleeping on the office couch night after night, waiting for an 8-core 2.23 Ghz Mac Pro to output a feature film in H.264. I finally had enough and bought a dual 10-core Xeon workstation. Outputting a feature in H.264 went from three hours down to 30 minutes. I haven’t slept on the office couch in years!”

Sameha feels that the average user isn’t going to notice the difference. “During the process of creation or during an edit, I wouldn’t say you are gaining a significant difference between the two platforms. The differences are realized during a render or an output. But then again, it depends on the graphics card in your system. If you are working with an application that does utilize the GPU, then you see a change, otherwise the speed is negligible.”

Frazier adds, “Most companies that own their own equipment are very slow to switch over to newer equipment, unless they have to. When they do upgrade, it tends to be more toward an iMac-based solution, rather than Mac Pros. With the edit bay being more like the older terminal-style computer networks, it really just comes down to what systems are AVID-certified and will do the job cheaply. If I’m not doing a graphics-heavy show and just cutting scenes, the speed of the computer becomes practically irrelevant. Running the software smoothly and having access to the Isis network are the important parts. The iMacs are fast; they have a great built-in screen and for 95 percent of the editing I do, they work great.”

In a surprising turn of events, Apple recently announced that a new Mac Pro is coming soon. While Apple didn’t say exactly what this new machine’s specs will be, it did say it was working hard to make a system that will get regular improvements.

Hill is skeptical: “Now, almost five years after the ‘Trashcan’ Mac Pro was first announced, Apple recently held a small media event to discuss that mistake. They said they now realize that they painted themselves into a thermal corner and they need to go back to the drawing board. They said we should expect a new Mac Pro ‘sometime after 2017.’ Many have optimistically taken that to mean next year. But that is not what they said. They said not this year; that’s it.”

Hill was at the VRLA Expo event in Los Angeles and says it was jam-packed with hundreds of fresh young digital artists creating some of the most innovative next generation entertainment and art in the world. “None of it was being made on a Mac,” he stresses. That is mind-blowing. It would be great to see Apple capture a piece of this. That Apple promised to return to form in the future is fantastic. If their solutions live up to their promises, that will be an amazing day…someday.”

So, whether you choose Windows or MacOS for your next project, the work will most likely get done. There may be a few less headaches on MacOS, and it may be a lot faster on a powerful Windows machine. At the end of the day, there are few definitive reasons to go with either platform.

If you like to edit in Apple’s Final Cut Pro, be it 7 or X, the choice of which Apple to buy is simple: How much money do you want to spend? If you want a machine with expandability and to stay on the cutting edge of technology, you’ll find plenty of computer makers out there. Just make sure to ask the right questions when buying a Windows machine, though. Ask how long support turnaround time is and about the process of sending it in for repair entails. Ask if the manufacturer is available 24/7 for phone or remote desktop support. Also, make sure that if you decide to build it yourself that you understand each part’s manufacturer’s warranty.

Most importantly, remember that it’s the editor, not the machine, that people hire. 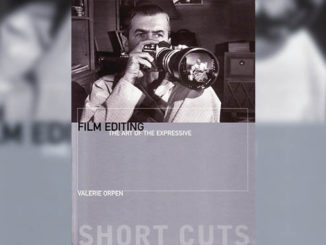 Film Editing: The Art of the Expressive

UNION MADE: A High-Flying Career in TV Editing 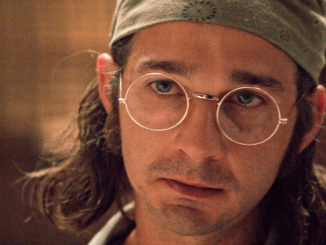