With the ubiquitous digital audio workstation (DAW) now a key creative tool for not only sound designers and supervising sound editors, but also re-recording mixers, the choice of plug-ins can make the difference between an average clip and a truly attention-grabbing track. To find out more about current choices in the post sound community, CineMontage contacted a number of successful editors and mixers to determine their top five favorite plug-ins, and how they use them on film and TV projects. We also asked what plug-ins they would like to see developed for the post market, as well as the kinds of end-user features that aren’t currently available (see accompanying sidebar).

In this issue, we report the responses from sound editors, sound designers and supervising sound editors; a subsequent edition will focus on plug-in choices from re-recording mixers.

Sound designer/supervising sound editor Julian Slater (The World’s End, Dark Shadows, Scott Pilgrim vs. The World) with Formosa Group lists Serato Pitch ‘n Time Pro, SoundToys Crystallizer, Glitchmachines Polygon Sampler, FabFilter Pro-Q Equalizer and Waves LoAir LFE generator for Avid Pro Tools. “Pitch ‘n Time plug-in does a great job, with few artifacts — unless you really push it, which is sometimes good for funky sounds!” he says. “You can also draw a graphic curve within the plug-in and assign either pitch or speed, or both. Crystallizer is probably my first port of call when I have a base sound that I want to start mangling to get what I want.

“I use Pro-Q Equalizer all the time, instead of the standard Avid EQ that comes with Pro Tools,” he continues. “The GUI is very user-friendly; it gives great graphical feedback on what the plug-in is doing while, at the same time, sounding totally awesome. Waves LoAir generates low frequencies; I use this both in design and mixing. I don’t like to solely rely on the LFE channel to get low frequencies into the audio track.”

Supervising sound editor Harry Cohen, MPSE (Lone Survivor, Fast & Furious 6, Divergent), with Todd-Soundelux uses Serato Pitch ‘n Time, “the all-purpose pitch- and time-stretch plug-in”; Audio Ease Altiverb; McDSP’s Analogue Channel, “all the guns in Lone Survivor were passed through this”; McDSP’s MC4000, “warm and fat”; and iZotope’s RX3 de-noising suite. “These five plug-ins are simply the ones I use the most. For sure, I have lots more that are sexier or do more esoteric things, but they get used only once in a while. Avid’s Channel Strip is almost always present on all channels.

“These plug-ins are used mainly during Pro Tools editing, with an Avid Control-24 or an Artist Series controller,” Cohen adds. “I render the plug-ins before the mix; it gives us much more freedom in the mix process. When we take the material to the mix stage, it’s usually playing back on a different machine with a different set of plug-ins.”

ADR/dialogue supervisor Kira Roessler, MPSE (Man of Steel, Sucker Punch, Game of Thrones), lists iZotope RX3, Audio Ease Speakerphone, Audio Ease Altiverb, Waves Platinum and Avid AIR plug-ins. “RX3 has become a staple for dialogue editors,” she explains. “The basic version contains four parts. Decrackle is great for cloth rustle that doesn’t sound like cloth because of the mic; Declick removed spikes and now also contains a de-thump tool; Denoiser is a bit more controversial so I advise checking with the mixer and being very judicious; and Spectral Repair lets me sample a small section of sound and correct problems.

RELATED POSTS:  From Over-the-Air to Over-the-Top and More at NAB 2017

“Futzing, at its most basic, is usually left to the mixers,” she says. “But there are shows that require a variety of effects on voices and Speakerphone has some very useful tools. Altiverb’s tube presets were very useful on Man of Steel. The AIR plug-ins — Ensemble and Flanger — add tone and other-worldliness in conjunction with other effects.”

Sound designer/supervising sound editor Aaron Glascock (Interstellar, Spring Breakers, The Town) from Warner Bros. Post Facilities says that his top five favorite plug-ins vary with every project. “For me, it is difficult to narrow down the sound-design process, since each story and design task is unique,” he says. “When mixing, I work in as simple a Pro Tools session as possible, and for sound design I use an Avid Artist mix surface and a simple track ball; I’m looking forward to building a really small Avid S-6 console.”

On the mix stage, Glascock feels that automation is there for the purpose of mixing only, with plug-in use limited to reverbs, EQs and dynamics. “There are no virtual design tracks, or processing,” he explains. “Anything requiring non-mix-related plug-ins will have been previously recorded; this helps to make the session simple and minimizes surprises for the re-recording engineers.”

Sound designer/effects editor Tim Walston, MPSE (Transcendence, Pacific Rim, Prometheus), also concedes that selecting his top five favorite plug-ins was difficult, because his needs vary from project to project. “The plug-ins I use to create giant-creature vocals are very different from the ones I use to   generate the delicate processing sounds of advanced artificial intelligence. And my plug-in use is divided into two platforms: Pro Tools for editing/mixing and delivery, and Soundminer using VST for 80 percent of my sound design pre-processing of material before it reaches Pro Tools.

“I use Waves Renaissance EQ6 for Soundminer, while in Pro Tools I usually have Avid EQIII seven-band on each of my tracks,” he adds. “I also like iZotope RX3 Advanced; although they are available as plug-ins, I usually prefer to open a sound in the stand-alone application and fix everything once and for all before I use it. RX rescues otherwise unusable material and is also a creative tool; I use it every day. Waves Renaissance Bass is often used in conjunction with other plug-ins to add low-mid ‘girth’ to effects. And Sonnox TransMod can exaggerate or minimize the transient peaks or attacks of sounds. Finally, I’ll add Waves L-Series Limiters in VST format, usually at the end of a chain.”

Sound designer/supervising sound editor Odin Benitez, MPSE (Frozen, Silver Linings Playbook, The Fighter), with Formosa Group uses McDSP G-Control for EQ and compression. “I usually have these on every channel and use them in real time; for rendering purposes, I use the Sony Oxford EQs [now Sonnox] and sometimes, in a pinch, Avid EQIII. I like Waves L2 Ultra-maximizer as a limiter to get certain effects to punch through, and I render these effects. On Frozen, we used the Avid Prolimiter as our master limiter.

“For design purposes, I use a host of different plug-ins, including Waves Sound Design Suite and SoundToys Native FX,” he continues. “On occasion, I’ll use PurePitch and PitchDoctor, mainly to alter vocal effects. I also like to use Avid TL Space as a design tool with some of the presets Avid provides. To clean up dialogue or sound effects, I use iZotope RX3 Advanced and, for reverb, I like Altiverb, which has a number of presets that also work as sound-design tools.” 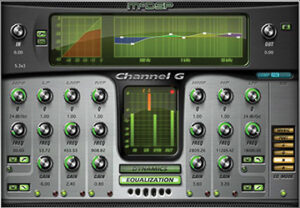 “I prefer to render processing on all of these in editorial, aside from Altiverb, which I will carry to the mix,” Toon continues. “Altiverb has amazing presets and is also great for custom impulse responses to enhance any space. Pitch ‘n Time is extremely high quality and flexible; I’m constantly impressed by the lack of digital artifacts or audio degradation. RX3 Advanced in stand- alone mode is a valuable tool. When I need heavy-duty processing, Pitch Accumulation has a wide range of parameters. I find myself using Doppler for pretty much anything that moves; the audio quality is fantastic.” 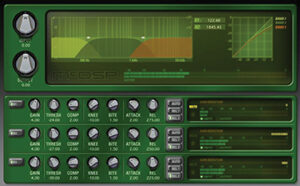 Sound designer/effects editor Marc Glassman (Blended, Horrible Bosses, Person of Interest) lists SoundToys Native Effects, Serato Pitch ‘n Time, LiquidSonics’ Reverberate convolution reverb, and Avid AIR plug-ins for Pro Tools with an Avid MC Mix console. “SoundToys has a lot of great parameters already built in, and I like to try unusual settings to get some unusual results. I also use SoundToys Filter Freak and Crystallizer a lot. Pitch ‘n Time is terrific; I couldn’t work without it. I can draw the pitch or speed of a clip with the mouse while looking at the waveform, and render it very fast; it’s a great tool. I like a lot of the AIR plug-ins that come with Pro Tools 11.”

Sound designer/re-recording mixer Paul Ottosson, MPSE (The Hurt Locker, Zero Dark Thirty, ID Forever Part I), lists McDSP Channel G compressor/EQ, McDSP MC303 and MC404 compressors, McDSP NF575 noise filter, Sony Oxford EQ/ filter plus Avid Revibe2 plug-ins with Pro Tools and Apple Logic workstations. “All of these have nice, easy layouts — except in the last version, McDSP changed the layout of the MC Series, which I’m not happy about; it was perfect before,” he opines. “I use the MC303 and MC404 during design work and mastering of sound effects I’ve recorded. I could write an entire page of how much I love and use these two plug-ins!”

Ottosson works differently than most re- recording mixers, “because I’m in a constant pre- dub/final mixing mode from just two-to-three days into a project, when my editorial crew comes on,” he adds. “I start to pre-dub uncut dialogue tracks, and that’s how I use the rest of the plug-ins. I really like Channel G on dialogue tracks, since it manages peaks that otherwise I’d have to do on the faders. I use the NF575 plug-in on every dialogue track; it’s a brutal and tight/narrow notch filter that I can dig down -40 dB without sacrificing anything but the noise I’m going for. I also use Sony Oxford EQ on all my dialogue; it’s very forgiving and you really have to abuse it to ‘over EQ.’ Revibe is the only reverb I use; it has so many variables and features that are easy to get to and so user-friendly.”

Sound designer/supervising sound editor Mark Mangini, MPSE (Transcendence, Metallica Through the Never, Star Trek), from Formosa Group lists Audio Ease Speakerphone, Audio Ease Altiverb 7, iZotope RX3, Serato Pitch n’ Time and reFuse Lowender “for both editorial and mix work. I’m most comfortable on an Avid ICON mix surface with Pro Tools as my DAW. I have a 24-fader ICON D-Control in my studio, and an HDX-2 to design and cut on. My edit template is my mix template; therefore I can mix while I edit, and vice versa, using the same tools.”

About Mel Lambert 67 Articles
Mel Lambert is intimately involved with production industries on both sides of the Atlantic. He is a 30-year member of the UK’s National Union of Journalists. He can be reached at mel.lambert@content-creators.com.

From the beginning of his film career in the early 1950s, filmmaker Robert Altman has utilized sound in unorthodox and spontaneous ways. […]

It was all champagne and roses—er, champagne and Cheez-Its—for the Women’s Steering Committee (WSC) as it hosted its fourth annual Emmy celebration on August 22. […]

If you know film sound, you know Randy Thom, CAS,

Everyone at Local 700 wishes you a happy and safe