No one really wants to talk or read about cancer, especially in the workplace, unless it affects one directly. I have met many editors through the years who have had a diagnosis and either quit their job or did not take one while they underwent treatment because they didn’t think it was possible or appropriate to work the long hours editorial demands while going through chemotherapy. Or their supervisors might think they would have to take too much time out for health reasons.

When they heard my story, they could not understand how I possibly could work 12-hour days while being treated. I believe I did not experience the usual symptoms that go along with chemo (nausea, fatigue, weakness) because I was so involved and distracted by my work and could not allow myself to wallow in the depression many experience while ill.

Seven years have gone by since my diagnosis and treatment and I’ve decided now to tell my story in hopes it may help others dealing with illness and treatment who feel they must stop working. This is not an option for everyone, but I want my Editors Guild colleagues to know it is possible.

Growing up with 25 first cousins, many of whom were boys, I read comic books — mostly about superheroes. I loved Batman, Superman and most of all Spider-Man.

I moved to Denmark when I was 16. After seeing Luchino Visconti’s Death in Venice in 1978, I left the theatre knowing that I wanted to do something that would make as strong an impression on others as that film made on me. I took some classes at the National Film School of Denmark and began my career in editorial.

While working at a small film company in Denmark, I had the opportunity to attend Cannes Film Festval with the Danish Film Institute, where I met my future husband, who lived in New York. In 1983, I was offered a job on a low-budget cult horror feature, Basket Case, in Los Angeles and returned to the States for the gig. Eventually we married and had children while living in LA.

After beginning as an assistant picture editor in LA, I moved on to editing documentaries and industrial films, but my love of features brought me back to assisting when I had the opportunity to work in visual effects. I did six features with my mentor, visual effects editor Miller Drake. Somehow, I fell into stereo conversion and, five action films later, was offered to join the post-production crew of The Amazing Spider-Man 2 in 3D in 2012. With that job, I had achieved “superhero” status with my family and friends, but I didn’t really know the meaning of what that truly would be until one month into it.

I was healthy, so when I felt a small lump in my groin while showering, I went to the doctor not thinking much about it. When the X-ray determined it was not a hernia as he suspected, it was suggested that I should have it removed and do a biopsy. It was an inconvenience while working 12 hours daily on a huge show, but I scheduled the outpatient procedure on a Friday. This was the first day I took off from work. Ten days later, the results came in — and my life changed.

It was Non-Hodgkins lymphoma. The doctor wanted to do a full MRI scan to make sure it was isolated. I scheduled that on a Saturday. They told me the chemo treatment typical for that form was six treatments, three weeks apart. I had a strong aversion to needles, so I needed to have a port put in. This would require a day off from work. I spent a weekend deciding if and how I could continue my job while under treatment.

My husband has always been supportive of my choices, so when I told him I wanted to continue working, he said he would help me in any way he could. Fortunately, my son and daughter were in their late teens and could understand and help. My daughter was in college and offered to come home for a semester, but I asked her to continue her studies. My son was in high school and lived at home so he could help out when needed.

I had decided I could — and would — try to do this while working. This was a dream job that I did not want to give up, and everyone in my family was on my health benefits plan. My doctor had “guaranteed” that it would be gone after three treatments, although I would need to receive an additional three treatments after that.

I told my supervisor and two other close co-workers about my situation, assuring everyone that if I could not do my job, I would let them know. They assured me it was OK to do what I felt I needed to do; I had their full support. Many people in editorial could not imagine working long hours while undergoing chemo, but I was determined not to let this take over my life. The job was to go for eight-to-ten months and I was not about to quit.

In the next month, I had two outpatient surgeries — one to remove the growth and another to insert the IV port, three weeks apart. Once a week for the next 25 weeks, I had to take a blood test, but I always did it at 7:30 a.m. and was at work on time by 9:00. I had a fear of needles so I spoke with a co-worker who had many tattoos. He gave me pep talks and “therapy” to overcome my fear.

One hears about awful reactions to the treatment, but I really had few side effects; I had no nausea to speak of and was no more tired than anyone else working 12-hour days. I sometimes wonder if I really did have those symptoms but would not allow them to overtake me because I was so involved in my work. So many people tend to become all-consumed by an illness if they have nothing else to distract them.

Every three weeks, I would come to work at 6:00 or 7:00 a.m. on Thursday and work until 2:00 p.m. before leaving for the infusions. I was also taking mega-doses of steroids for three days. The first day it would counterbalance the chemo exhaustion. I would be home around 5:00 p.m., have dinner (I was rarely nauseated), relax and go to sleep around 8:00. I went to work early on Friday for 12 hours. The steroids kept up my energy. Saturday, I would crash from the steroids (and a 55-hour workweek), relaxing or sleeping all day. On Sunday, I would start to feel better, so by Monday, I had three weeks before the next round. I felt normal then, as if nothing was wrong and it had been a big misunderstanding. I immersed myself in my work and had positive thoughts.

By the seventh week, I lost my hair. I have always been defined by my big hair, so I decided to get a similar wig to keep my look. Surprisingly, that was a bit difficult, unless I wanted a costly custom wig, so I opted for a temporary one from a Halloween costume store: a huge afro from the ’70s. It wasn’t way out of the ballpark, but it did get co-workers’ attention. Several asked if I had gotten a new haircut, to which I replied yes, and the matter was closed. The following weekend, I got one closer to my original hair but a lighter shade. Again, this brought comments that they all liked the new color. One co-worker helped me pick out a wig online. Having very curly hair, I had a bit of fun and decided to get a straight-haired wig. I had still only confided in my closest colleagues so, being a crew of about 40, very few actually knew what I was going through. It was not unusual for women to change their hairstyle and color to crazier looks than I had.

By this time, people from other departments noticed a change and started suspecting something. Everyone was so kind and didn’t ask outright what was going on, but eventually I spoke about it and they asked lots of questions. I truly felt like a superhero because everyone told me I was. How could I possibly go through what I was going through and work so many hours — or even work at all?

Keeping busy was my salvation. I was so involved at work that I didn’t have time to think about my illness or my treatment. I had plenty of support. My closest friend from Denmark called often to see how I was doing, as did my family and friends from the East Coast who offered to help out in any way. One of my colleagues gave me a strong shoulder to lean on. He worked across the hall, and gave me daily pep talks and showed concern, like a big brother.

However, during dailies in the dark screening room, I would usually break down and cry silently. I always sat in the back and didn’t say much. I think some co-workers knew but gave me that time to be alone. My supervisor, who led the screenings, always cane up with little activities to make it fun. I liked to think he knew how difficult it was for me and this was his way of cheering me up. Sometimes we would each make an animal sound, play a guessing game or scream as loud as we could since we were in a soundproof room.

After the third treatment (about four months after the job started), I was scanned. Mostly everyone on the crew knew by now, so we all waited for the results — which was a 100 percent clean bill of health. They planned a surprise champagne (!) celebration for me that Friday night after work. I was a bit embarrassed, not wanting to make a big deal of it, but extremely touched by the support. The next nine weeks to complete the treatment were a breeze, knowing that I was cancer-free. I completed it two months before the end of the job and took a well-deserved break before starting my next gig.

I haven’t told many other work colleagues through the past seven years what I had gone through because part of me did not want to be reminded of that and part of me was afraid I would not get hired again. There is a stigma attached to people who have been “sick.” I hope my story will inspire others to be brave, to push on and hopefully to have as great results as I did.

There was an interesting aspect of my working on Spider-Man while undergoing treatment for cancer. Like the superhero’s alter-ego, Peter Parker, I too had to struggle between my ordinary obligations (doing the job required of me as a 3D editor, earning money to help support my family, making enough hours to keep our health insurance that was so important for my treatments) and the extraordinary responsibilities I faced doing all that while also being treated aggressively for a potentially life-threatening disease.

So I chose to do both. And I’m glad I did Spider-Man on chemo.

Linda Sundlin is a 36-year member of the Motion Picture Editors Guild.

Guild Members Call Out ‘Anti-Mom Bias’ in the Workplace 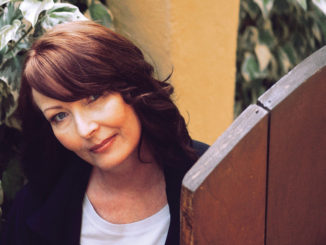 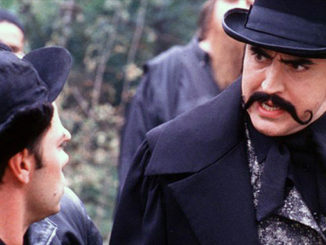 A Conversation with Don Brochu, Bruce Stambler and Chris Ledesma 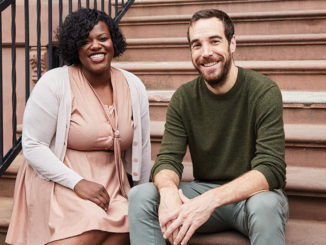